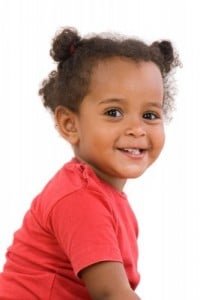 A child turns two and the most common remark heard around him is ‘terrible two’ – a term that encompasses all the moodiness, tantrums, nagging that comes with this age. But some experts now firmly believe that the habit of saying ‘No’ to everything and this difficult behaviour year can be controlled as soon as the child celebrates his first birthday. If parents take appropriate actions at the appropriate time, the ‘terrible two’ can easily become ‘tremendous two’.

According to international research a baby’s brain shows increased activity and takes a leap from babyhood to being a toddler at about 15 months.

Frans Plooij, top scientist and author of international bestseller of The Wonder Weeks, compares this phase to the baby being a ‘teenaging toddler’ and that is why parents must first understand what is going on in their child’s brain.

Says Dr. Plooij, “This stage, including the supposed “terrible twos” is cause for celebration, and needs to be approached as such.” In his latest edition of the book, the doctor has put in the results of extensive research of infant brain development done in association with other international scientists. The book explains how the ninth and tenth brain leaps are important in making a well-educated, clever and well-raised child.

Dr. Plooij calls this age similar to teenagers because both want to be independent in decision making, wish to explore and separate themselves from the people around them.

“Temper tantrums, manipulation and a healthy ego are all part of a baby’s sense of self as they enter toddler-hood,” according to Dr. Plooij. “Much like a teenager, a toddler will pout, push buttons and challenge to norm in order to get his way.”

The child learns at this age that he is separate from mommy and that his family is different from other families. To experiment and explore with this new found knowledge he tries to break rules, see new things, try tricks and see the reaction that he gets from them. What parents can do is be prepared and understand why their child is not listening to things or throwing tantrums.

“If you know what is going on in your child’s brain, you know what you can demand from him. If you don’t know this you ask too little, giving no challenge to the child and allowing him to “be the boss,” or you demand too much, which can be frustrating for the child because he is simply not able to meet the too high standards. So the key is to ask that what they can handle, no more, no less, and setting reachable – but still challenging – goals.” Says the expert.

“Your toddler is now learning to be himself in a group,” he continues, “and all the nagging and temper tantrums are just his way of saying ‘Hey, Mom, give me some guidance here!’

The doctor advices parents that if they understand the mental leap that is going on in their baby; they can create an environment around him when his exploration is used to make him a better person and have a successful transition into toddler hood. A child need not be ‘terrible’ but ‘tremendous’ at this age.

“Tremendous,” says Dr. Plooij, “because it is with these leaps that a huge part of socialization is set for life. And tremendous: because good values and norms start now. If you invest in your toddler in this time, it will pay off for lifetime and especially in puberty.”