Home » Christian Bale Arrives At LAX With His Family!

Christian Bale was spotted making his way out of LAX with his son Joseph in his car seat on wheels along with his wife Sibi and daughter Emmeline on Tuesday April 5th, 2016. 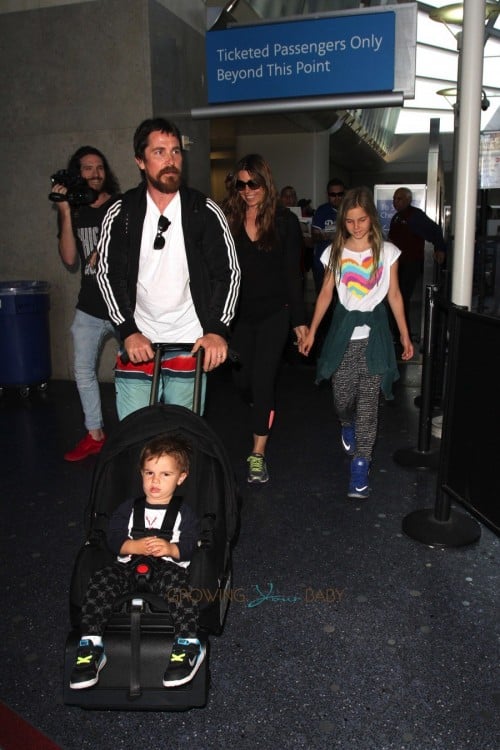 While trying to dodge photographers, Christian signed autographs for fans who were waiting by the exit. 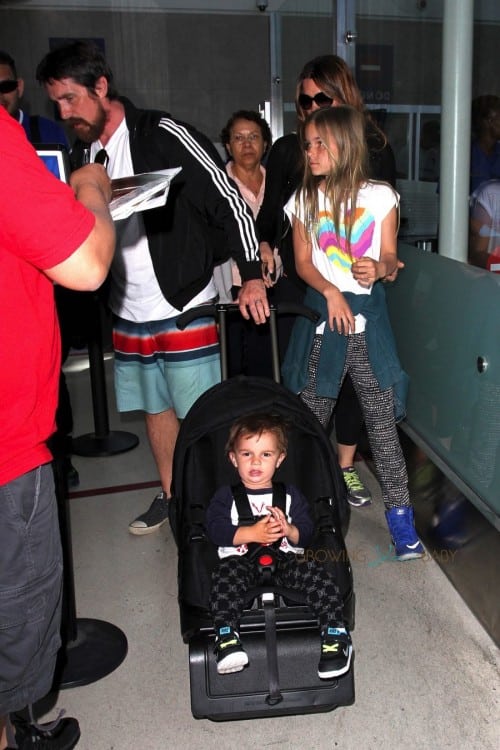 The family was reportedly playing tourists in Washington, DC for the last few days.  They were spotted out by fans at the National Zoo and celeb hot spot restaurant Fiola Mare. 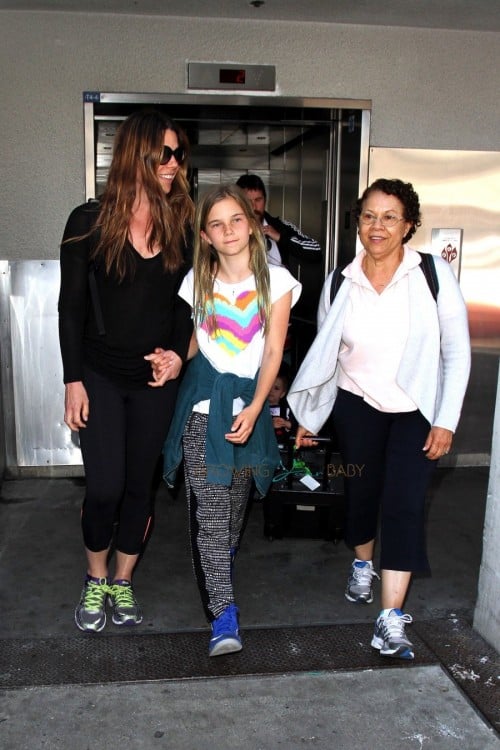 The family time is likely welcome now that the actor has wrapped production on a couple of his projects. In March his film Knight Of Cups premiered on the big screen, and his new movie Weightless will be out later this year.