Baby Colin is just 4 days old, but he is already wearing clothes for a 6-month-old. So it’s not surprise that when the newborn arrived last week clinicians at the South Carolina hospital said he was the biggest baby the recall being born since it opened in 1971. 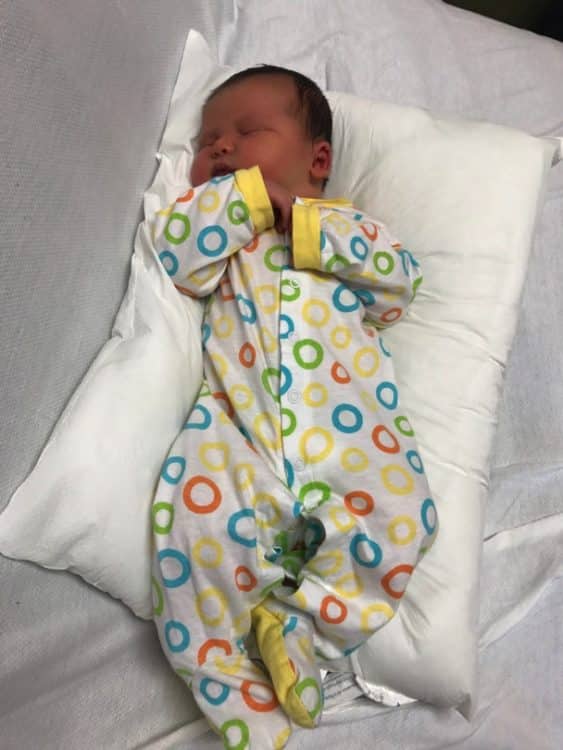 Cindy Richmond and Arthur Keisler thought their third child would be a bit bigger than their previous two.

Each child had been larger than the previous with their first baby weighing 7.6 pounds and the second weighed 9.8 pounds.

“The last two or three months of this pregnancy were more difficult. I was really uncomfortable and had a lot of sleepless nights,” Cindy said.

The third, they thought, would maybe top 10 pounds. But they never expected the number on the scale would be record-breaking.

And that he did when he arrived weighing a robust 14.4lbs at Lexington Medical Center on June 23rd. 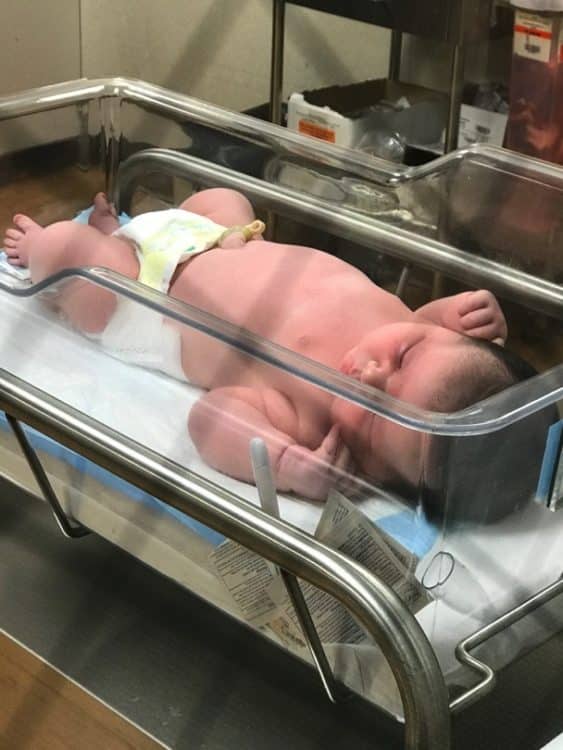 “He’s a toddler at 3 days old,” Arthur told CBS affiliate WLTX while holding his son in his arms.

Both Cindy and Arthur let out audible gasps when when their OB, Dr. Jamie Brown Price of Lexington Women’s Care showed them their baby. 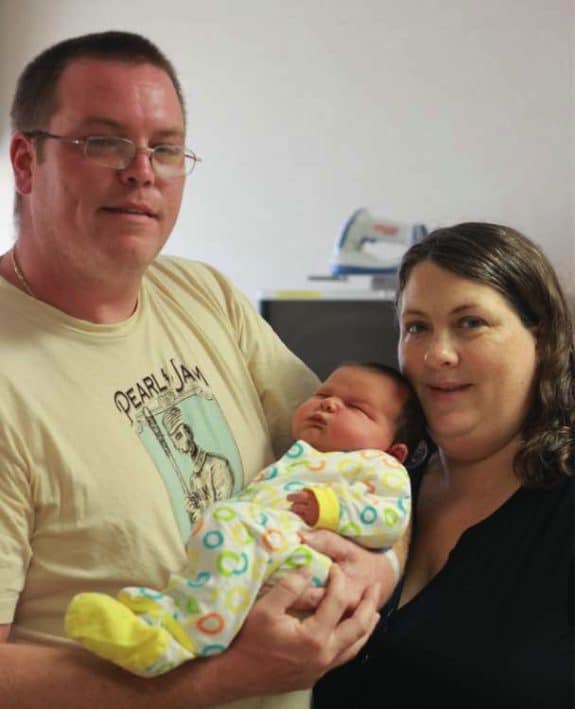 “When he was born, it was an ‘Oh my God!’ moment,” Richmond said in an online statement.

“We see playing football as a lineman for Clemson and the Green Bay Packers,” Arthur joked.

It wasn’t revealed if either of these moms-to-be suffered from gestation diabetes. This pregnancy condition is often responsible for babies being larger than the average as ‘extra glucose in your bloodstream crosses the placenta, which triggers your baby’s pancreas to make extra insulin’.