J.J.’s mother, Sara Brandon, said she knew her son was going to be on the big side, but she never imagined he’d be THAT big. 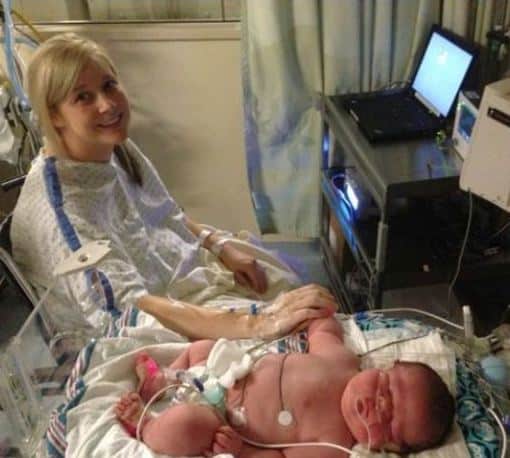 “My last ultrasound showed that he was going to be around 11 pounds,” Sarah told the Huffington Post over the phone on Wednesday. “So when he came out and he was 14, I think everyone in the whole room – even the doctors – was so surprised.”

In fact, J.J. was so big that, on delivery day (May 9th), doctors needed a plan for getting him out during his Cesarean birth!

“Since they knew he was going to be a big baby, I had two doctors delivering him instead of just one,” she explained to the Huffington Post. “They said that they had to use some maneuvering for shoulder dystocia that they normally only use in vaginal births — in other words, he was so big and crammed in there that they had a hard time getting him out.”

Born at 38 ½ weeks, J.J. came in at exactly 14 pounds and 22 inches long. Though definitely large, he was “blue and floppy” at birth, according to his mother, and doctors had to admit him to the NICU for breathing problems. But, after spending about a week and a half there, J.J. had improved, and has been big, healthy and strong ever since.

And boy is she right! J.J. is wearing the same size diapers as his two-year-old twin sisters, and according to his pediatrician, J.J. is in the 150th percentile for his height and weight. Sara doesn’t mind, of course; there’s just more of J.J. to love. 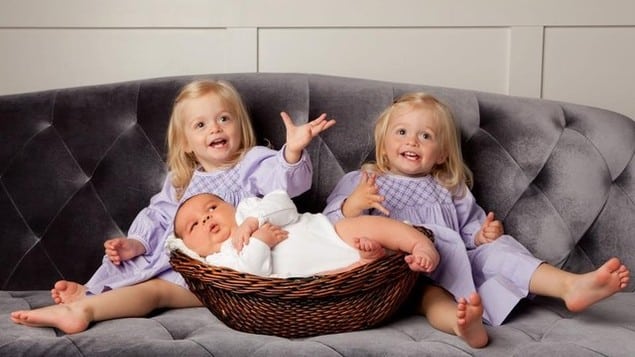 “This big bubba melts my heart,” she said. “I love him more than I ever imagined I could love a sweet baby boy. He is my squishy cuddle bug.”

Local news outlet KSL.com reported last week that, so far, it seems that J.J. may take the title for biggest baby of 2013 in the United States. The closest baby to his size so far was Addyson Gale Cessna of Pennsylvania, born at 13 pounds, 12 ounces.

“We’ve kind of been watching and waiting to see if there is a baby who is bigger because he might be the biggest of the year,” Sara to told KSL.

But J.J. won’t take the title for the biggest international baby of the year. At this time, it appears that title will go to George King of England, who was born back in February, weighing 15 pounds, 7 ounces.

Experts say that, though still rare, oversized babies (more than 8 pounds, 13 ounces), are becoming more common. In fact, the number of these large babies has been on the rise for a while, a Lancet report has found. In fact, the report, which was shared by NBC News in August, found that there’s been a “15 to 25 percent increase” in such babies over the past two or three decades among developed countries. 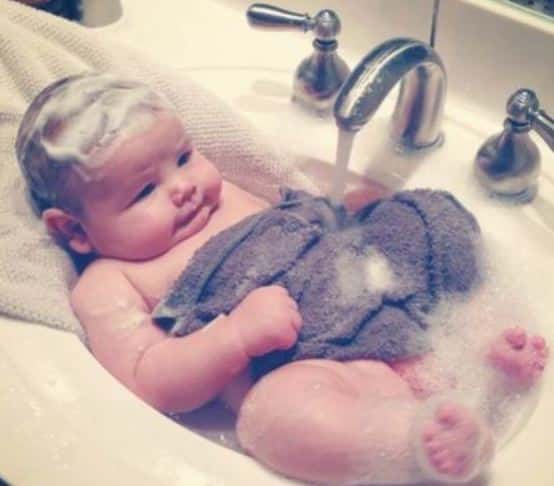 Though they are definitely cute, there are some risks involved when delivering these larger babies. Not only does their size present a problem for delivery, they are also at risk for issues breathing problems. Often, their size is the result of gestational diabetes, which also puts them at risk for blood sugar regulation problems. However, this is not always the case.