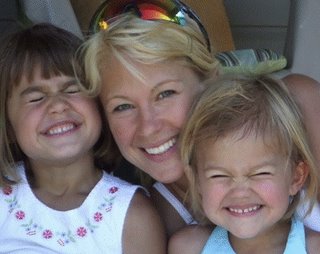 I don’t usually post information on missing children. This story arrived today by e-mail, it is being carried by most major news papers so… If you have any friends or relatives overseas please forward this on in case anyone has seen these girls.

Our thoughts are with this family, we hope that someone is able to find these girls and return them safely to their mother.

Missing Children Society of Canada, August 25, 2006: Sisters Hannah, 5, and Cedar, 2 were looking forward to going to Australia for a holiday with their father Joseph Hawach on July 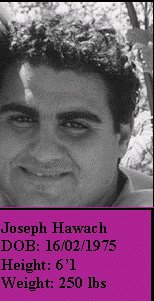 1 of this year. Instead both children were allegedly abducted by their father and are now believed to be in Lebanon.

Joseph Hawach, an Australian and Lebanese citizen, and the children’s mother Melissa, from Saskatchewan, met in Australia and were married there. A year later they returned to Canada to live in Calgary with their 2 children Hannah and Cedar. The relationship however, broke down, but both parents continued to see the children. Joseph told Melissa that he wanted to take the kids to Australia for a 3 week trip and signed a written agreement, promising to return them to Canada on July 21. Sometime after he took the kids on the intended holiday, Melissa became concerned because her daily conversations with the girls had stopped and she couldn’t get in touch with them.

Her concern was well founded when it was discovered by way of phone call from one of Joseph’s family members, that Joseph had left Australia with the girls. In early August, Joseph advised Melissa that she should travel to Australia where he would meet her with the girls. She immediately flew to Sydney only to be greeted by the realization that the children were not there and were most likely in Lebanon. Joseph’s family also informed Melissa that the only way the girls would be returned to Australia would be if she agreed to live in Sydney, give Joseph full custody, and dropped the charges against him.

Melissa is working with the police, the foreign embassies and consulates and the Missing Children Society of Canada to find her daughters. For Melissa and the rest of their family and friends, the nightmare of parental abduction is just beginning and we hope that someone will be able to come forward to help Melissa find her kids. 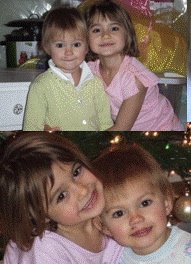 Hannah has brown eyes, light brown hair, is 3’8” and weighs 45lb. Cedar has brown eyes, blond hair, is 2’10” and weighs 35lbs. International warrants and an extradition order have been issued for the girls’ father who has been charged with two counts of child abduction.

For more information about the Missing Children Society of Canada please call Liz Ballendine, Director of Development at: (403) 291 0705 or visit www.mcsc.ca.