When Sussie Bea Patrick was born weighing just one pound and one ounce at 22 weeks and four days her parents were told to expect to worst and that if Sussie was going to survive she would have “no quality of life”. 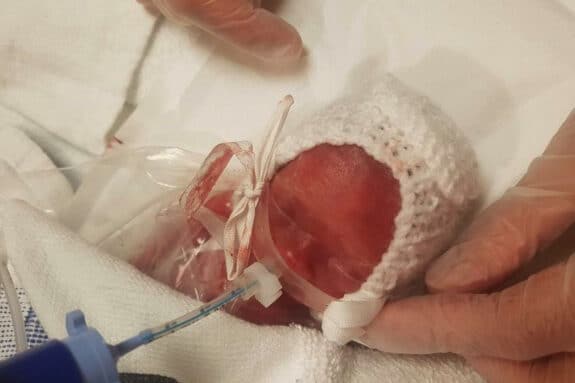 The tiny baby girl, who was born four months early and the size of a chocolate bar, has defied the odds and made it home in time for holidays.

On June 17th Jodie was rushed to the hospital at Arrowe Park Hospital after she didn’t feel well.

“She was throwing up. Within 15 minutes she was giving birth in the back of the taxi to hospital. Within about 15 minutes Sussie literally slid out,” Dad Lee recalled. “I grabbed her and said ‘help!’ This was in Arrowe Park in one of the triage wards. About 10 minutes after we got to the hospital she gave birth.”

The couple were heartbroken when they were told to prepare their goodbyes.

Lee told The Liverpool Echo, “We were told that when she came out we would have to say our goodbyes.

“They said she wouldn’t be breathing for long and might not look like we expected. They said they would let us be together as a family. She came out and gave a little whimper so they started working on her.

“We were told it wasn’t worth [treating her]. They said she wouldn’t have a quality of life but we said ‘look that’s something that we will have to deal with but if she’s fighting we have to fight’. 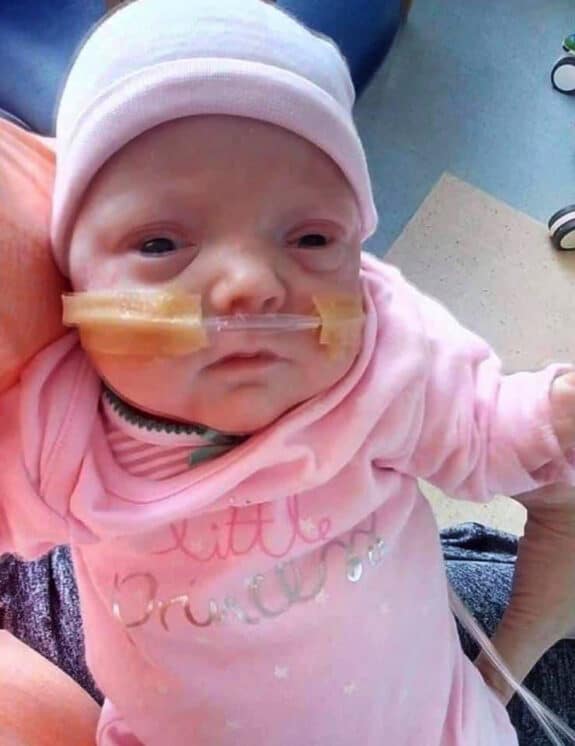 After five months in the neonatal unit the couple was able to spend their first Christmas together as a family at home.

Lee took part in this year’s Santa Dash along with another dad to a premature baby girl in aid of Ronald McDonald House at Arrowe Park.

If you want to donate to Lee’s fundraising efforts you can click or tap here or to visit the Ronald McDonald House Charities website, click here.