While some like that the new laundry and dishwasher pods take the guesswork out of how much you need to add, they have been a huge safety concern for toddlers and pre-schoolers.  Designed with bright, eye catching colors and decorative swirls, these pods look much like candy, which is not good if you have an adventurous child – who may also be hungry. 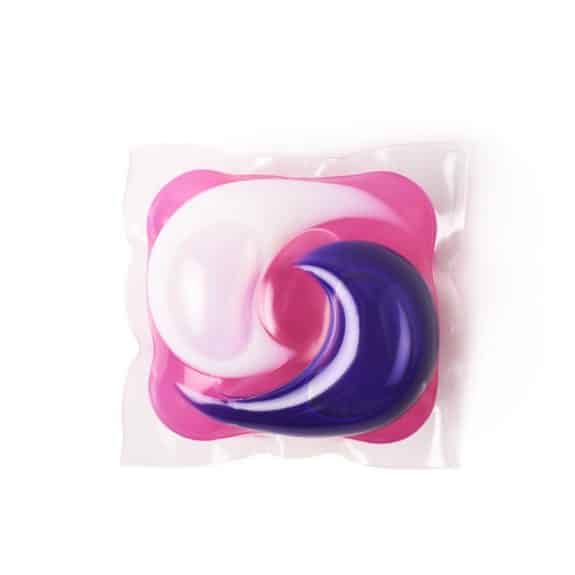 Despite numerous warnings from safety organizations over the years, there has been an increase of nearly 20 percent in reports of children putting the brightly colored packets into their mouths, with serious and sometimes even fatal consequences, a new study has revealed.

“What we found was astounding,” study coauthor Dr. Gary Smith, director of the Center for Injury Research and Policy at Nationwide Children’s Hospital told TODAY. “During the two years of this study we saw an increase in the number of exposures due to detergent, but especially among exposures to laundry detergent packets. In fact, a child is reported to a poison control center about every 45 minutes in this country.”

For their study, Dr. Smith and his team analyzed data from 62,254 calls made in 2013 and 2014 to U.S. poison control centers reporting unintentional exposures to laundry or dishwasher detergent among children younger than 6.

They found that calls increased for all types of detergent exposures, but they saw the biggest rise for the highly-concentrated laundry detergent pods (17 percent); followed by dishwasher detergent packets (14 percent).

Laundry pods are the most hazardous, particularly when the packets contain liquid detergent rather than granules.

The harms to children from laundry pod ingestion included:

“I’ve seen children in emergency departments for decades that have been exposed to laundry detergents,” Smith said. “But we have never seen anything like this. These children have come in in a coma, they’ve stopped breathing. We’ve even had two deaths in the last two years due to exposure to laundry detergent packets.”

Last year the American Cleaning Institute® conducted a survey, which found that 85% of consumers are improperly storing their laundry packets. Additionally, almost half of parents (49%) admitted to having children under the age of 4 years in the room with them while doing laundry – which greatly increases their chances of exposure.