As 3D printing technology advances, it gives doctors infinite opportunities to create parts for sick patients or even ones who have yet to be born.

When Megan Thompson was just over 30 weeks pregnant an ultrasound revealed a large mass on her son’s face that doctors couldn’t identify.

Concerned the mass may be cancerous, and unsure if it would block the baby’s airways, the team at C.S. Mott Children’s Hospital turned to a specialized MRI that captured more data in order to build a model of the fetus’s face with a 3D printer. 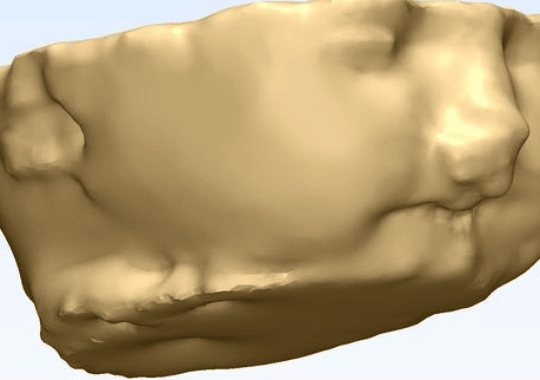 “It was really traumatizing,” Thompson, 22, told CBS News. “I got into a state where I was completely numb because I didn’t know if he was going to be alive or dead when he came out.”

The 3D model predicted a cleft lip and a cleft palate without airway obstruction, which allowed Megan to deliver her son safely. 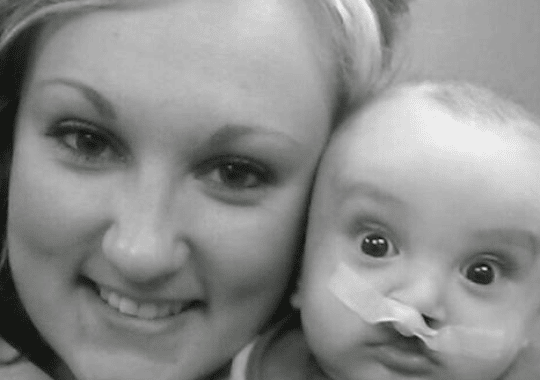 “By doing the 3D modeling, we were able to tell that the mass wasn’t cancerous and determined that it would be safe to not do the most advanced types of intervention,” Dr. Glenn Green, Associate Professor of Pediatric Otolaryngology at Mott Children’s, told CBS News.

“When I heard him screaming and crying for the first time, I cried tears of joy because I knew he was OK and could breathe,” Thompson said.

Dr. Green presented the case study in a paper published this week in the journal Pediatrics.

This was the first time 3D printing technology has been used in utero. The technology, Dr. Green says, has huge implications for the future.

When it comes to possible airway obstruction in fetuses, “a lot of times there’s just not enough time to act and a lot of babies end up dying when they’re born, unfortunately,” Green said. “If there is a lot of time then you can get ultrasounds and various scans to try to figure out what it is and plan an intervention.”

In Megan’s case, a quick diagnosis was crutial, and the 3D printing technology allowed the doctors to make decisions within 24 hours.

“We’d like to be able to speed it up from there so that when something happens, we can figure it out maybe even while a woman is going through contractions,” Green said.

Down the road, Green suggests that 3D printing could be used to help many more doctors and parents during pregnancies. “We think this is a real game changer,” Green said. “We see this as OB’s could potentially have a 3D printer right by the ultrasound machine.”

The technology, however, isn’t cheap.  But thanks to declining costs of 3D printers, they will soon become more accessible to a greater number of hospitals. “The first printer in our laboratory cost over $100,000. The last one that we bought was about $1,000,” he said. “The capabilities are different but in a very real way the costs have dropped.”