An amazing Tennessee baby has become one of the smallest babies in the world to have heart bypass surgery. 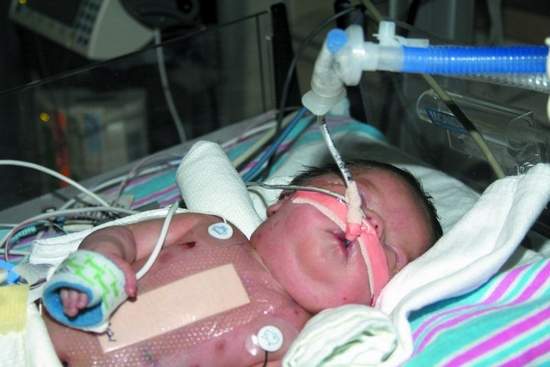 The 1-month-old was born prematurely on Nov. 25 and had a cardiopulmonary bypass less than a week later.

“He was born at 35 weeks with a knot in his umbilical cord,” his dad, Shannon Latch, said in a news release. “They said he was one of the top 15 smallest babies in the world to have this surgery. They do this kind of thing all the time, just not on little babies.”

Cole is making progress and is off the ventilator, but he still has a long way to go.

“He takes the bottle good,” Latch said. “He’s getting better.”

While no date has been given for Cole’s homecoming, his parents hope that to take him home soon.