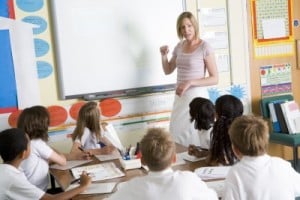 There are about 1.7 million children in the UK today who have been labeled as those with special needs but ministers feel that among them almost 450,000 don’t need the additional care as they are just slow learners. In order to amend ways, the Department of Education plans to increase the threshold that schools have to class students as special needs cases.

Currently 1 in 5 children in the UK today is given extra attention at school because of issues ranging from hearing difficulties, autism and dyslexia. These children truly need special help to understand, and learn.

But according to the Department of Education there are a number of children among this group who have been wrongly labeled to have special needs just because they are slow learners or badly behaved students.

Ministers say that almost a stunning 450,000 children are identified as having special educational needs or SEN without any basis for this classing. The department thus plans to tackle this ‘over identification’ by raising the threshold schools will have to meet to class pupils as special needs cases. The department also plans to revamp the category of ‘behavioural, emotional and social development’ to prevent abuse.

Professor Alan Smithers, of the Centre for Education and Employment Studies at Buckingham University says that the special needs tag is freely being used by schools when it is really not needed.

‘It’s extraordinary to think that over one in five of our children is classified as having special needs,’ he added. ‘In the recent past, diagnosis has been far too lax. If a child has been making slow progress or hasn’t been behaving well the school, really without any checking, could label them as SEN.’

The Professor also added that schools are justifying their poor performance by hiding behind the label of SEN.

Referring to league tables, he said, ‘If you’ve got a lot of slow learners or children with difficult behaviour, you can give an account of why your scores are relatively low. It’s almost a justification for poor performance.’

Presently, state schools are legally needed to support special need students. While in 2006 this number was 1.53 million it has gone up to 1.67 million this year. The assessment of the child is done by the school itself.

The students are divided into two groups after their assessment – ‘School action’ and ‘school action plus’ if they are in need of special education. In 2006 there were 393,080 children in the later group but now the numbers have grown to 500,155.

In case the need is more severe, councils make a formal assessment of needs based on specialist advice. The number of children in this ‘statement’ category has fallen from 236,730 in 2006 to 224,210 in 2011.

The government now plans to change the scenario by introducing a single assessment process and allowing parents to buy a specialist disabled care by 2014.

The two categories of school action and school action plus will also be merged to reduce the demarcation of the students. Ministers also plan to provide tighter guidelines on which children actually need special care and those who don’t. Teachers will be given training to better assess the children’s needs.

A Government report published today says the category of behavioral, emotional and social development is unhelpful and overused. The category will now be brought up to date with the help of experts.

The officials believe that two years ago the schools may have wrongly labeled children because of various reasons. A child at one school was identified as a SEN just because his father was fighting in Afghanistan. Some others were put in the special needs class because they had learning and behavioral problems because early on they failed to improve in literacy and numeracy.

The ministers also found that some councils appeared to offer incentives to label children because some types of educational need brought in extra funds.

A Department for Education spokesman said, ‘We are working with experts to draw a much tighter definition so children who need the most help, get specialist provision. And we are putting in place much better training.’

Only time will tell if the special needs category really helps students who deserve the extra care or is used as a convenient label by schools to escape from putting the extra effort of teaching each and every child.