The amount of children being left in hot vehicles has increased steadily over the last couple weeks with 4 children dying and many being rescued and needing medical car for exhaustion. Despite the intense media attention the subject is getting parents are still leaving their children in their vehicles for long periods of time – risking their lives and safety.  The latest incident took place Tuesday afternoon when a 5 year girl was spotted by some shoppers locked in a pickup truck for more than an hour in 90 degree heat. 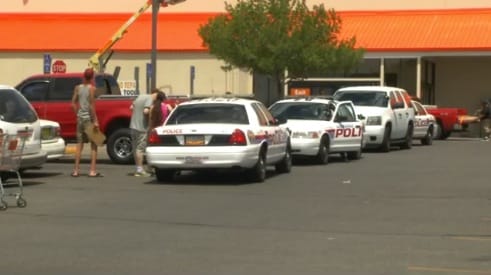 When Sheena Mayorga, her fiancé Hector Ramirez, and friend John Bodenheimer walked by a pickup truck parked in a Home Depot parking lot on Tuesday they were surprised to see that a young girl was locked inside, and was screaming and crying for help. 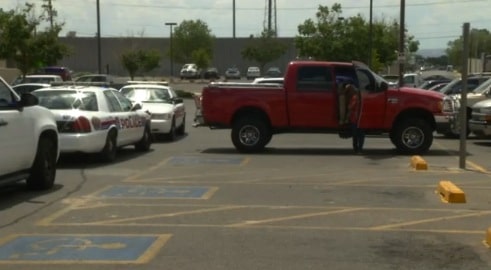 As they approached the truck and tried to calm the little girl they found that the car was off and all the windows had been rolled up with the doors locked. The young girl was sweating from head to toe and trying to crawl out the back.

“We were just trying to calm her down,” Bodenheimer said.

Another customer at the store and a few Home Depot employees took the girl inside the air-conditioned store to cool off and to give her water.

“You shouldn’t leave kids, pets, anything in this type of heat without the car running.  If you can’t bring your children shopping with you, either don’t go shopping or leave a responsible person with them at home,” he said.

The girl was later taken by paramedics to the hospital for treatment from heat exhaustion.

The good Samaritans who took care of the baby said that the parents came out of the store 45 minutes after the officers arrived. If the girl would have continued to sit in the car, it would have been 2 hours in the heat without any ventilation.

“I hope they don’t get the child back, they don’t deserve the child if they’re going to be doing that,” Bodenheimer said.  “I mean, they were in the store for over an hour. That child could have easily died.”

The parents or probably guardians were seen sobbing by eyewitnesses when police arrested them. 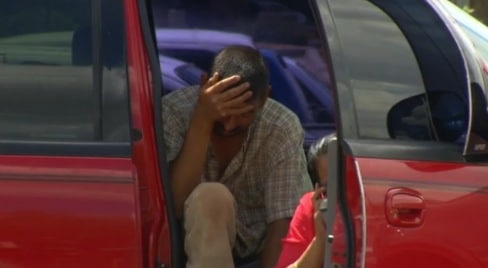 According to reports 15 children have died so far inside cars this year across the country. Last year 44 children died due to automobile heat related deaths, an increase of more than 25% over the previous year.

Lt. J. Paul Vance of Connecticut state police says,“Children should never be left in a locked car and should not ever have access to unlocked, parked vehicles or trunks in this hot humid weather.”

“These numbers are troublesome because they represent deaths of babies, toddlers, and young children and these deaths are completely preventable,” he added.

The incident comes just a day after another child was found dead in his parent’s vehicle.  The number of these situations are staggering this year and more needs to be done to prevent them.