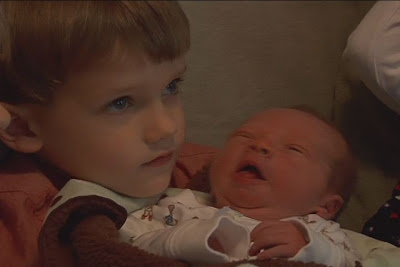 A North Carolina boy named Noah became a hero on Tuesday after he helped him mom deliver his baby brother.

The 6-year-old was sleeping when is mom, Heather Kiger, woke up in labor.

She told Noah to call Daddy, who was out of town for work. When he didn’t answer, his mom realized she needed to help her deliver the baby at home.

“I gave towels to Mommy and made sure the door was unlocked,” said Noah.

He helped his mom lay towels and pillows down in the living room, and continued to call his father.

In the meantime, he woke up his 4-year-old sister, Diana Grace for support. She sat in the chair near her mother.

“I remember one time I had a contraction and I made a noise and I didn’t want him to think him squeezing my hand hurt and he said I know it is the baby,” said Heather.

Once baby Isaac arrived, Noah called 911 and then used his shoe lace to tie off the umbilical cord.