On Saturday, Dec 3rd, Hollywood kicked off the holiday season with the 6th Annual Santa’s Secret Workshop!  Bringing celebrities and brands together for a day of family fun at the Andaz Hotel in West Hollywood, the event benefited L.A. Family Housing, whose mission it is to help families transition out of homelessness and poverty through a continuum of housing enriched with supportive services. 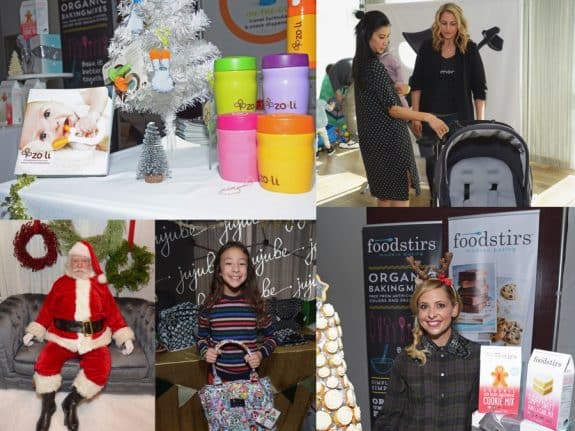 Fifth-time mama-to-be Tori Spelling and husband Dean McDermott posed by the tree with event hosts Bill Horn and Scout Masterson and their kids! 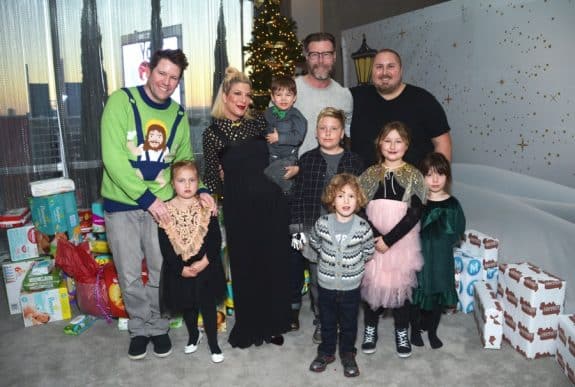 In prep mode, the actress found some adorable mini mocassins from Freshly Picked for her new baby. 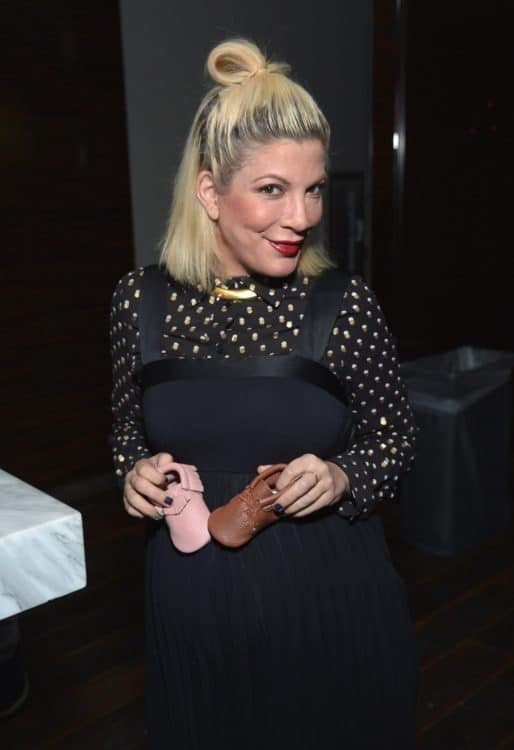 Also spotted was new mom Lisa Ling and her husband Paul Song with their kids Ray and Jett. 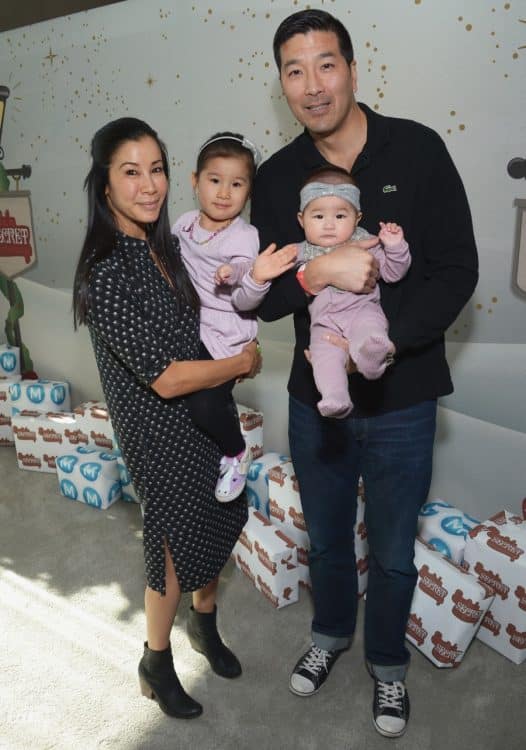 Tiffani Thiessen was all smiles as she attended the event with her kids Harper and Holt. 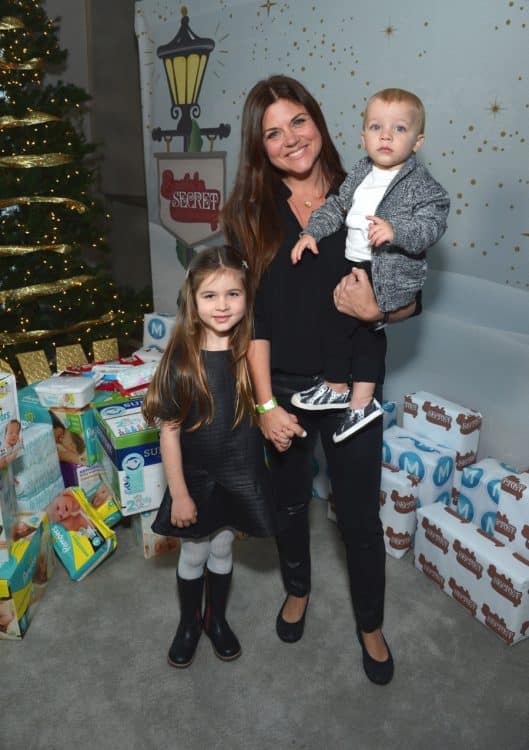 Haylie Duff’s daughter Ryan couldn’t wait to get her doll out of the box! 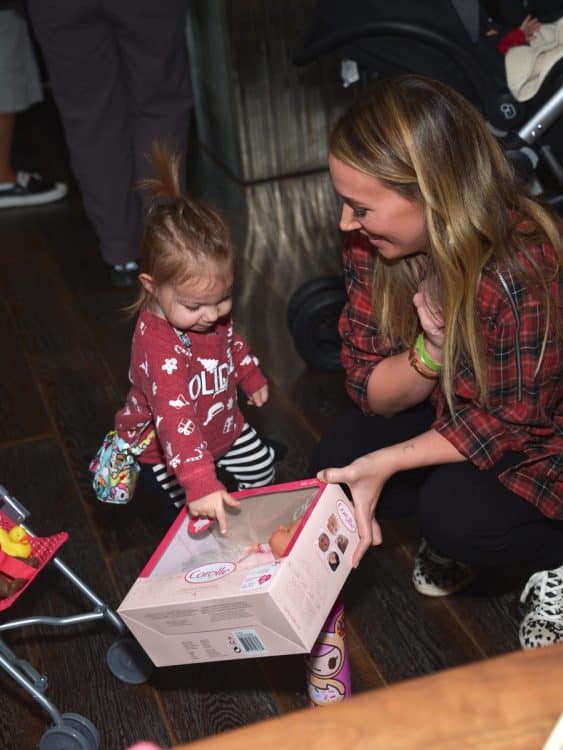 It won’t be long now before Christy Carlson Romano welcomes her baby girl. The actress showed off her growing belly in a red dress and jean vest. 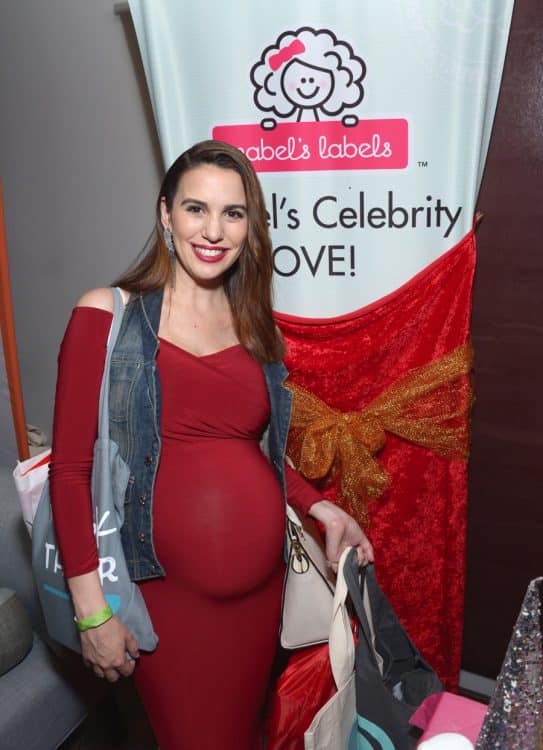 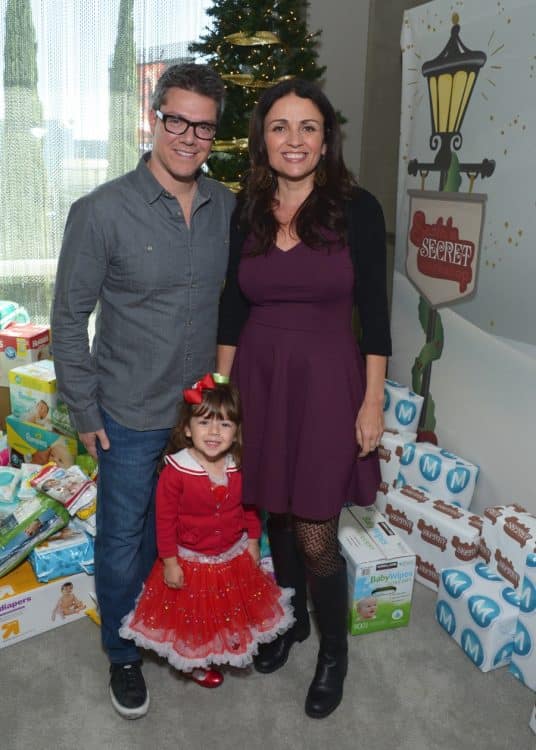