Seven month-old Madison Goldsmith is a very happy baby girl, and that’s pretty incredible considering what she has been through. While traveling with her mom Lashanda Goldsmith, and a 15 year-old girl last week, the baby was ejected from their vehicle during an accident and was sent flying 25 feet in the air.  She shocked authorities, who were sure she couldn’t have survived the ordeal. But when they turned her infant seat over, she opened her eyes and started smiling. 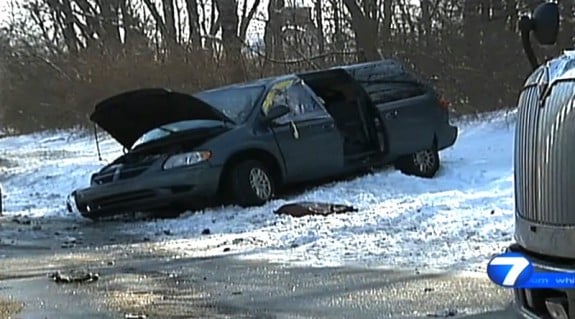 The accident took place in Harrison Township, Ohio at approximately 10 a.m. last Monday morning.  The family’s Van was t-boned when another vehicle ran a red light.  Baby Madison, who was buckled in her infant seat in the back seat, was launched into the air upon impact, and her seat flew out of the vehicle through the van’s window.

Alicia Lewis, aunt of Lashanda Goldsmith recalls what deputies saw, saying, “They said her eyes were closed, literally closed and she was face down in the car seat. When they flipped her over they thought she was dead. Then they said her eyes opened and she started smiling.” 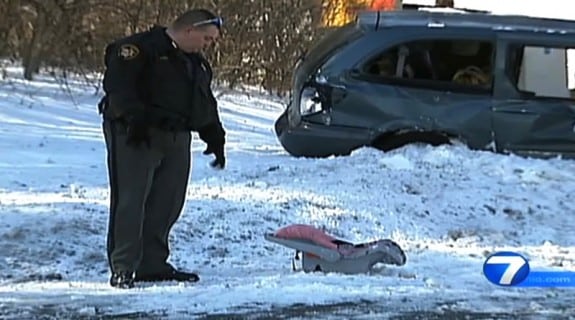 Despite being tossed from the vehicle, Madison only suffered a bruise on her head. Goldsmith and her daughter were both released from the hospital Monday afternoon. Lewis said, “Looking at [Madison] like, wow, she doesn’t even know what’s going on. She was the one in the trauma and we’re traumatized but she’s not.” 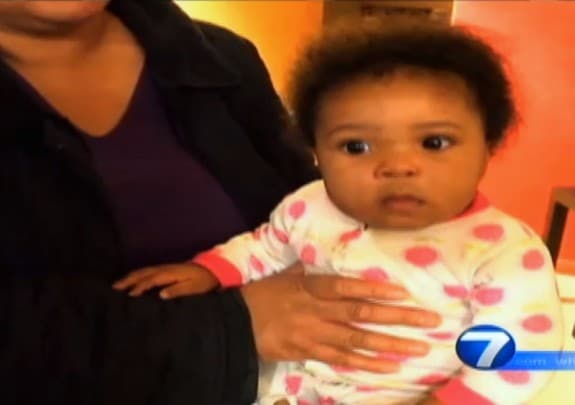 Currently, the sheriff’s department is conducting an investigation to determine if the child’s seat was improperly secured or if a malfunction was present in the seat that caused it to eject. Family member Rhonda Moody is certain that God played a part in everything that happened, saying, “God does not make mistakes. I tell people that all the time. When things happen, it’s all in his will.”