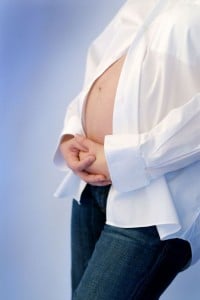 When you become pregnant you will receive a TON of unsolicited information. Everyone will tell you their labour horror story and give you things to avoid during your pregnancy.

There are a lot of myths about pregnancy plus over the years many things have changed.

One thing we know, there are real threats out there. Research has well established that cigarettes, alcohol and illegal drugs can seriously harm a baby in the womb.

Lately, parents have also been warned that everyday items from the grocery store, like coffee, deli meat and fish, can seriously harm the fetus.

Mothers are given guilt trips for taking over-the-counter medicines and for common habits like sleeping on their backs.

The Daily Herald consulted with a pair of prominent local doctors. Dr. Bonnie Wise works as a specialist in obstetrics and gynecology at Northwestern Memorial Hospital in Chicago. Dr. John Gianopolous is professor and chairman of the Department of Obstetrics and Gynecology at Loyola University Medical Center in Maywood and a specialist in high-risk pregnancy.

1. “Prescription, over-the-counter, and herbal medicine can harm your baby.”

The doctors agree that aspirin, antihistamines and ibuprofen can harm your baby. Drug-store cough and cold medicines can contain them, so check the ingredients. For pain relief, acetaminophen, as found in Tylenol, is recommended, and even prescribed narcotics like Vicodin can be safe if taken for a few days. Other prescription meds like lithium or tetracycline and the common supplement vitamin A in very high doses (more than 10,000 IU daily) can be harmful. Check with your doctor before you take any medications.

“High temperatures, over 102 degrees Fahrenheit for 10 minutes, will harm your baby, so hot tubs, saunas and very hot baths are out. But a warm bath for a short time can help relieve back pain and stress.

2. “Caffeine increases the risk of miscarriage.

“In one study, five or more cups of coffee a day appeared to double the risk of miscarriage. Caffeine can restrict blood vessels and reduce blood flow to the uterus and in large doses has caused birth defects in animals, Gianopolous said. Still, Wise said, research shows up to 300 milligrams a day is safe, so while a vente or a grande at Starbucks exceeds the limit, a daily cup of coffee or soft drink should be fine.

3. “Metal detectors and X-rays will make my baby glow.”

X-rays should be avoided unless absolutely necessary. This is not the time for a check-up dental X-ray of your entire mouth, though if a tooth is bothering you, a single X-ray is acceptable. The same goes for X-rays of suspected broken bones, or even a chest X-ray if medically necessary, but the abdomen should be covered with a protective apron. The magnetic field from an airport metal detector poses no known threat.

4. “Sleeping on your back will cut off the blood supply to your baby.”

Sleeping on your back has been blamed for problems with dizziness, backaches, breathing, digestion, hemorrhoids and blood pressure.

But the primary concern is that the weight of the uterus might restrict blood flow in a major vein on the right side of the lower torso that returns blood to the mother’s heart. For this reason, many obstetricians like Wise assert that women should not sleep on their backs after 20 weeks’ gestation. Others, like Dr. Jonathan Scher of Parents.com, believes that unless fetal growth rate has slowed, sleeping on the back will not harm the baby.

Gianopolous cites billions of moms who have likely not followed this advice without an apparent problem, saying, “That’s definitely one of the myths regarding pregnancy.”

The American Pregnancy Association and numerous other sources suggest women should sleep on their sides, particularly the left side, but shouldn’t be alarmed if they wake up on their backs.

Listeria is a deadly bacteria that can kill the fetus or the mother, according to the National Institutes for Health. It can be present in undercooked meat and hot dogs. But Wise and Gianopolous agree that this is so rare in the United States that an occasional deli sandwich is probably safe. The more likely danger is from unpasteurized, imported cheese, so make sure any cheese you eat is pasteurized.

6. “Herbal tea may cause miscarriage.”

The experts said they were not aware of problems with common herbal teas, but there has not been much research on the subject.

“Herbal teas are OK, as a rule,” Wise said. “Everything in moderation.” Some herbs such as red raspberry leaf, peppermint or ginger might help relieve nausea and vomiting from morning sickness. But some experts warn against consuming herbs with claimed pharmacological effects like St. John’s Wort or black or blue cohosh, which is said to cause contractions.

The U.S. Food and Drug Administration urges women to avoid taking any herbal product without consulting a doctor.

There’s very little research on the effects of hair dye on the fetus. The Food and Drug Administration recommends minimizing the amount of time dye is on your scalp. But hair dye doesn’t concern Wise and Gianopolous. They only recommend doing it in a well-ventilated area so you’re not breathing the fumes.

The American College of Obstetricians and Gynecologists states there’s no longer fear that hair dye is harmful.

Mothers could get whiplash from trying to follow the debate on fish. Nutritionists say to eat fish for the cardiovascular benefits of omega-3 fatty acids and protein. But mercury and other contaminants in fish can be harmful to the fetus.

Gianopolous chooses to err on the side of caution, saying it’s safer just to avoid fish altogether. But the kind of fish you eat makes a big difference because bigger fish generally consume more mercury, so Wise agrees with the American College of Obstetricians and Gynecologists’ advice to avoid big sea-going creatures like swordfish, king mackerel, shark, tilefish and albacore tuna.

The Food and Drug Administration says cooked shrimp and other fish like pollock, canned chunk light tuna, catfish and salmon should be OK twice a week if you don’t eat the same type more than once a week. Avoid raw fish, especially raw shellfish.