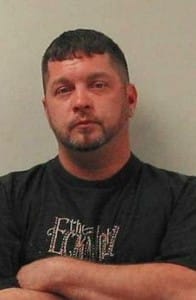 A Good Samaritan made a phone call to Detroit dispatchers on Saturday morning at 3 a.m. after watching a little girl drive out of a gas station parking lot; her dad as a passenger.

The caller followed the young driver, reporting her every move, until police could catch up with her. At one point, the dispatcher asked, “Is the vehicle staying on the road?”

When police were finally able to catch up with the juvenile driver and her intoxicated father, she was found in a booster seat. According to Detective Lt. Robert Grant, she was still able to reach the gas pedal and see out the window. When pulled over, “she looks at the uniformed police officer, and says ‘What did you stop me for? I was driving good,’” said Grant.

Apparently, this wasn’t the first time the young girl had driven.  The father, Weimer Shawn Russell, says he had been teaching his daughter to drive. This particular night, he had been drinking whiskey all night and had thought that it would be a good idea for his daughter to drive. Considering the driving skills of the young girl and the intoxication level of the father, he may have been right…but still!

Dad, who had his daughter for a visit, still thinks he did nothing wrong. He has been charged with one count of felony child abuse, one count of misdemeanor child abuse and one count habitual offender.

The little girl has been returned to the custody of her mother and Child Protective Services is currently investigating the situation.