Surprise! Christina Ricci is pregnant. The actress showed off her growing belly while arriving at LAX with her husband James Heerdegen on Saturday. 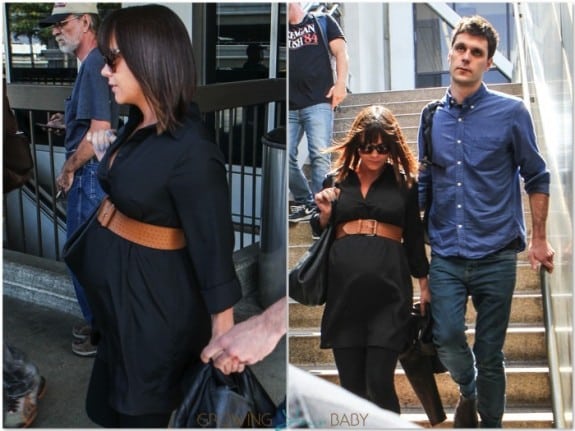 Shortly after the airport appearance the actress’ rep confirmed the couple were set to become parents.

Christina was stylish in a black tunic that was belted just above her growing belly, tights and a pair of black flats.

The couple, who were married last October, met on the set of her former ABC show Pan Am in 2011.  The new baby will be the first child for both Christina and James.