Home » A Pregnant Duchess of Cambridge Visits The Fostering Network

Mom-to-be, and Duchess of Cambridge, Kate Middleton was photographed spending her Friday morning chatting with parents at the Fostering Network in London. 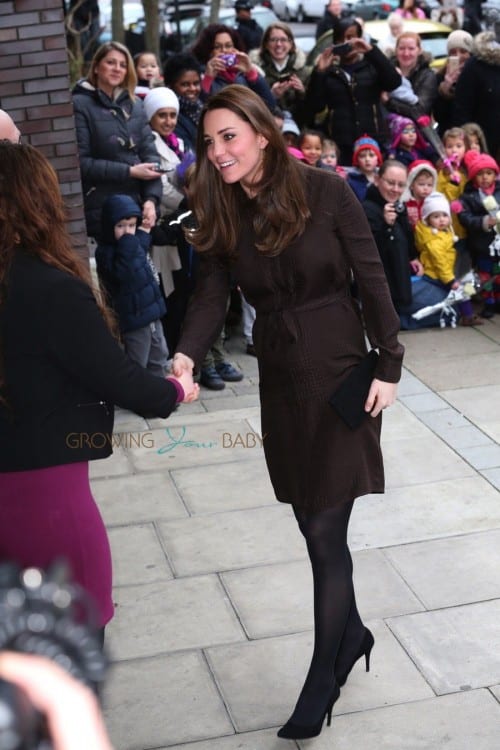 Now 6 months along Kate’s growing belly is starting to show!. She was cute in a brown silk jacquard dress by Hobbs, which retails for £169 but was on sale this week for £60! 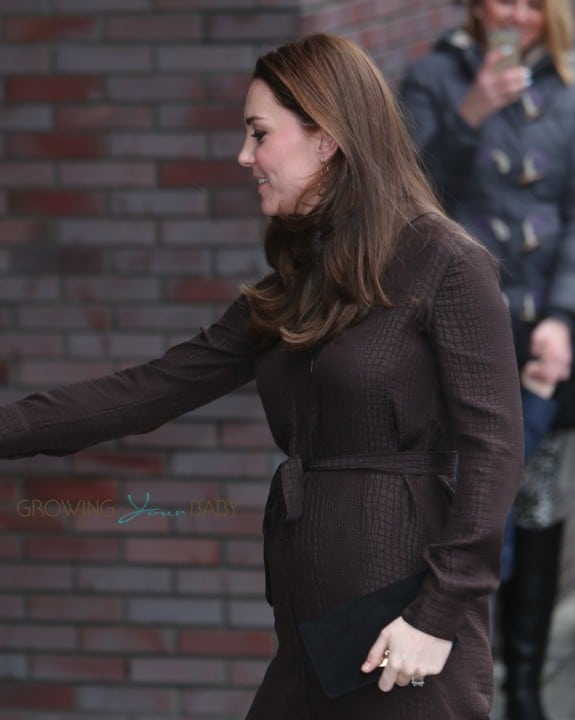 While at the center Kate enjoyed a mid morning tea break, and a snack of cupcakes and brownies as she sat with a group of younger children and their foster carers.

Before leaving she was given a memory box containing mementos of her visit – a book of stories and poems written by former foster children, and more stories written by youngsters who are still being fostered.

The outing is the second in as many days for the Duchess, who was photographed at the opening of the Clore Art Room at Barlby Primary School on Thursday with Artist Grayson Perry. 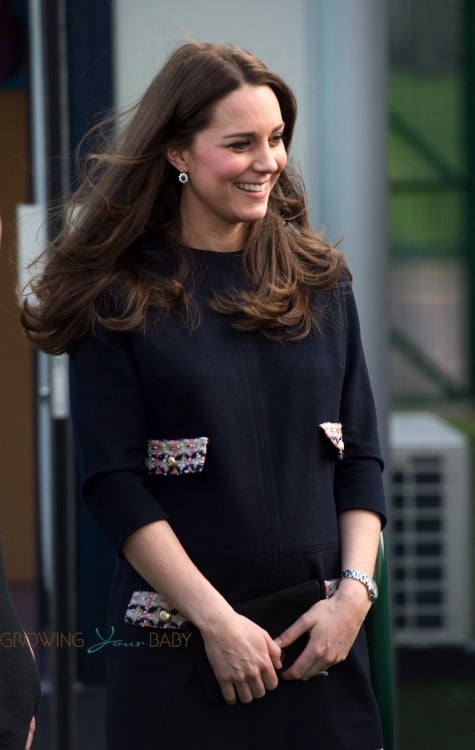 For that appearance Kate wore Madderson London’s ‘Naomi’ shift dress(£450), black tights and suede black heels.  Well known for having her styles sell out, Madderson London later reported their site crashed after Kate was spotted in their dress! 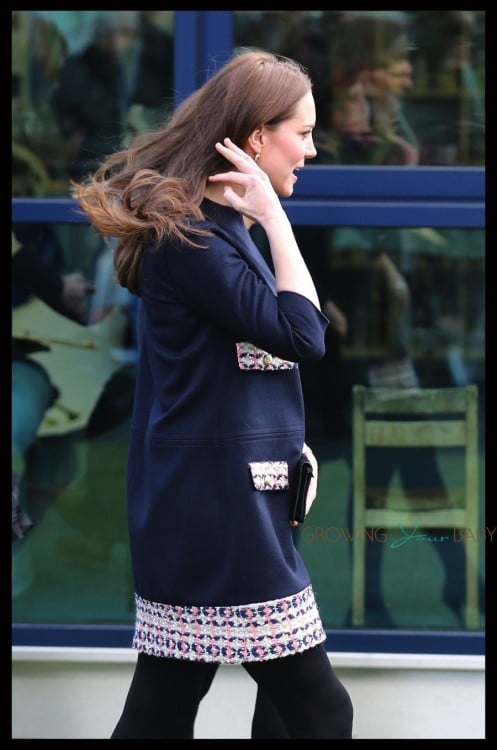 During her visit to the Clore Art Room the Duchess met with a group of eight children to admire their art projects.

Afterwards the kids presented her with beautifully decorated art chair. 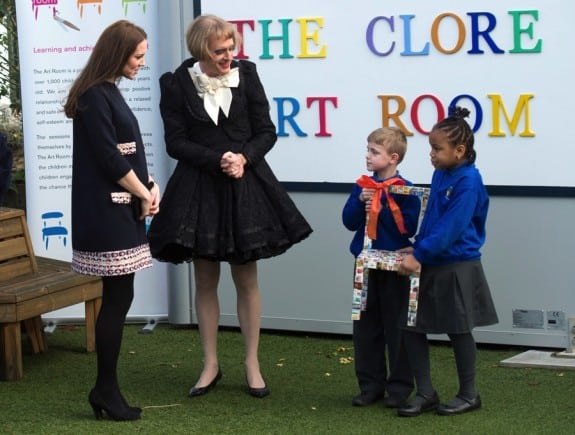