Home » A Very Pregnant Ashlee Simpson Juices Up in LA!

Almost there!  Ashlee Simpson showed off her growing belly while out with husband Evan Ross at Jamba Juice in Los Angeles on Tuesday(May 6th, 2015). 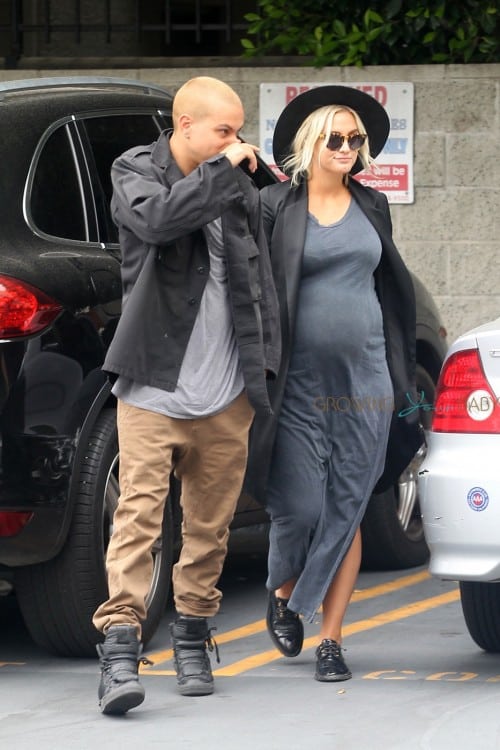 The singer, who expects her second child very soon, was casual chic in a wide brim hat, blue maxi dress, black jacket with a Givenchy handbag as she exited the juice bar.

The couple announced they were expecting in December, just 5 months after tying the knot.  In February Ashlee revealed to People.com that she was having a girl.

Their reason for finding out?  “I like to know — I want to do the nursery,” Ashlee told the magazine.