Actress Selma Blair is ready to give birth any day now, but she didn’t let that stop her from heading out to visit a friend this weekend in Los Angeles to pick up some lunch. The actress stayed comfortable in sweats as she ran up quickly to collect her package from Le Pain Quotidien. 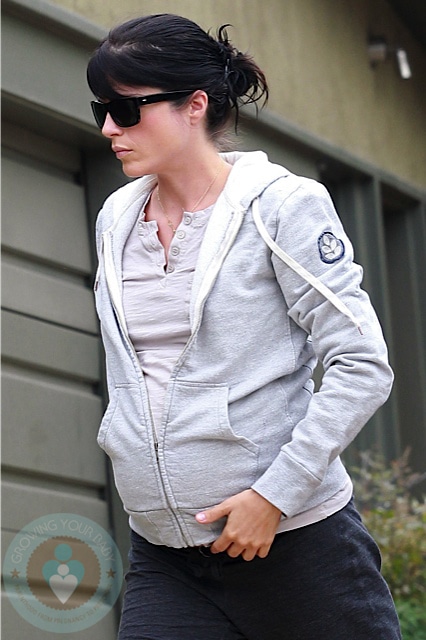 Just earlier this week, Blair was seen out making another addition to her family. She adopted a new puppy.

In February she lost her long time canine companion, Wink. The Daily Mail reported that she found her new pet at the Lange Foundation in Los Angeles.

Selma will soon be back on the big screen. She has several projects in the works that will be released starting late this year.