A newborn is lucky to be alive after it was found abandoned, naked and six feet underground in a storm water drain in South Africa. 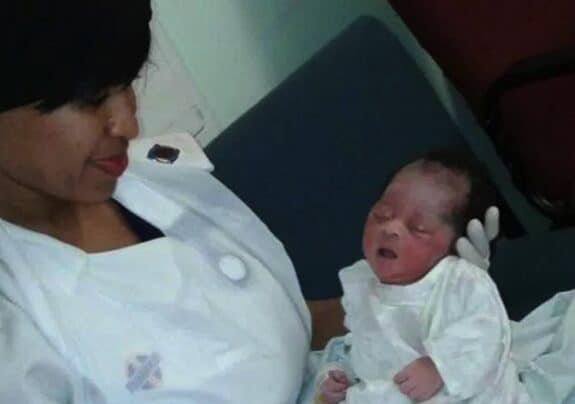 The baby was discovered by dog walker Charmaine Keevy after her dog Georgie started barking loudly at the gutter.

When she got on her hands and knees she realised the cat she thought was crying was actually a baby.

“I usually take a different route on my dog walk but for some reason went another way.” Charmaine recalled. “I cannot help but feel that there is some sort of a plan and a purpose for that little girls’ life – it is a miracle without a doubt.”

Passing by, Cornie Viljoen used a steel bar from his car to open up the drain where he found the baby close to a colony of biting red ants.

When paramedics arrived they treated the baby, whose umbilical cord was still attached. The tiny girl, who was been called Grace April by nurses, was rushed to hospital for emergency treatment for hypothermia and respiratory problems.

Cornie told the media,  “She is not out of the woods yet but she is breathing on her own now and the nurses say she will make it”.