Since its introduction to the North American market in 2009 Cybex has been a popular brand with parents who love stylish, functional gear that is not only perfect for travel, but for everyday use at the mall or park.

New for 2013 they have introduced new colors, a new carrier and an upgraded version of their popular Aton infant seat.

The My.Go baby carrier features 3 baby carrying positions; facing out, facing in and back carry. Designed for babies 8-40lbs, the My.Go has a hip belt to help distribute your child’s weight away from your shoulders. New moms will love that this carrier has a pocket in the front for keys and a weather shield for sunny or rainy days. 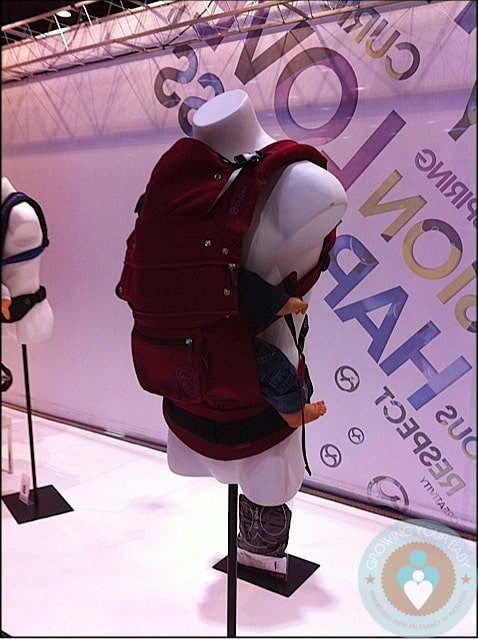 For 2013 Cybex will offer 2 models of their popular Aton Carrier in North America; the original and the Aton 2. While both seats have many of the same details, the Aton 2 will come with a couple added safety features. The addition of a load leg, which is often seen overseas, but not yet here is quite significant to the safety of an infant as it reduces the crash forces on the baby by 50% by absorbing and distributing them through the floor of the vehicle. The height adjustable load leg also greatly reduces any rebound of the seat in the event of a crash. 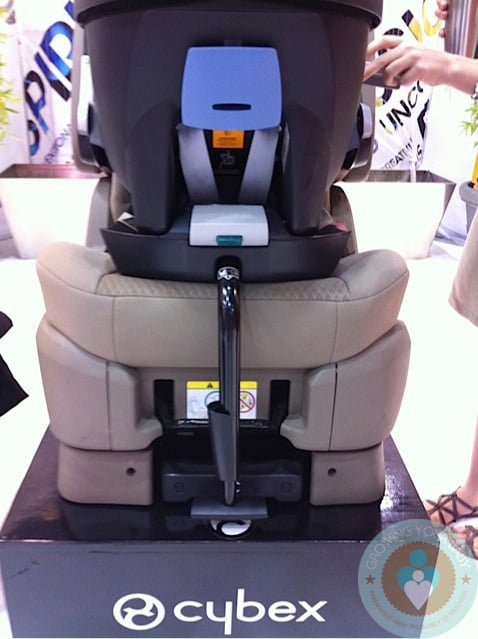 Cybex has also optimized side impact protection with the addition of 2 fold-out side protectors that transfer the crash forces at an early stage of a side impact crash to the shell. 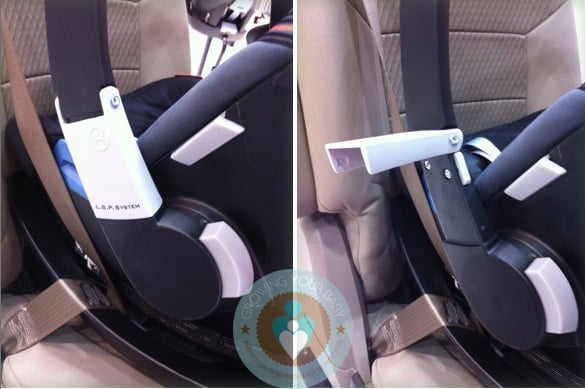 These two upgrades caught the attention of the Juvenile Products Manufacturers Association and garnered the company a JPMA Innovation Award. 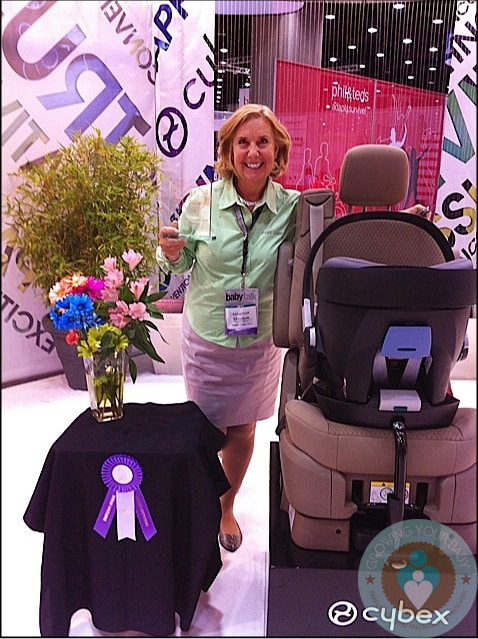 In the new year there will also be some new colors for the Callisto, the Ruby and the Twinyx. 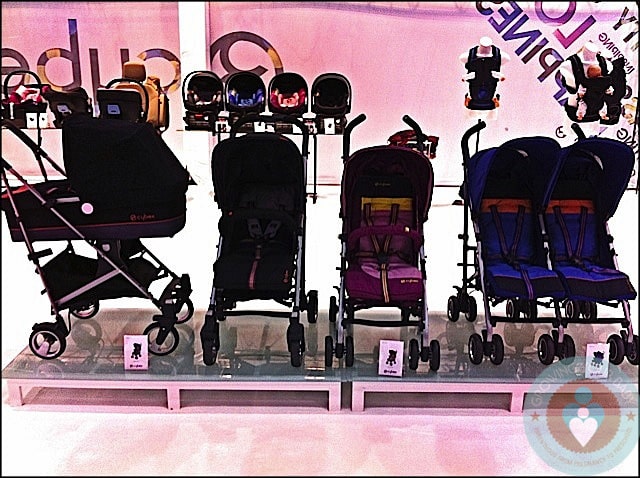 Something I though was pretty brilliant was the display that Regal Lager set up to show all of the strollers the Aton is compatible with. While it is gaining ground in the North American market, the most common misconception is that it is not compatible with certain products. But as you can see from the pictures – it definitely is! 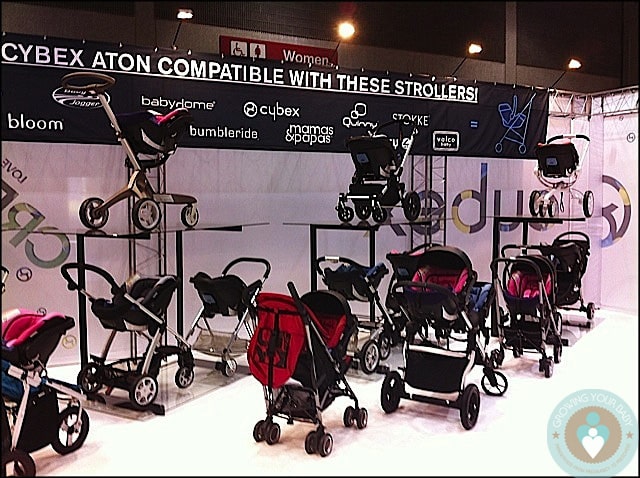 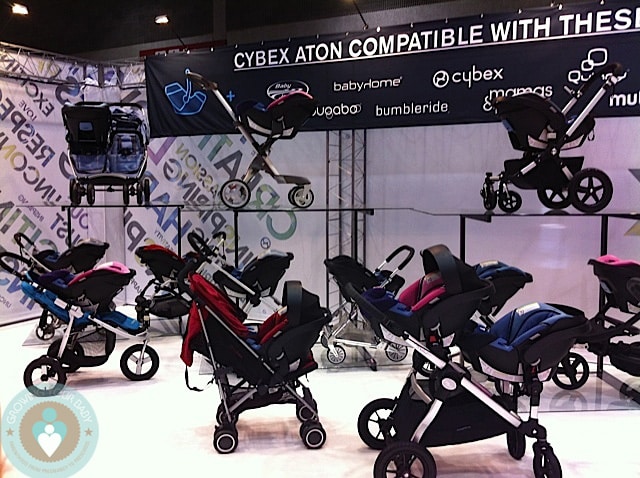