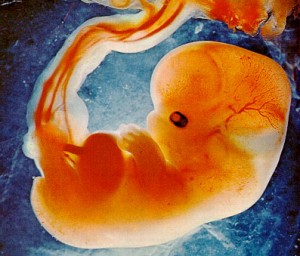 Doctors had always believed that there was a relation between lowering of the pH level of the blood being supplied to the baby from the umbilical artery and the possible complications that arise, but until recently the evidence was not concrete. Now, researchers from Birmingham Women’s Hospital in England have found that the low pH increases acidic blood, a condition that may lead to brain damage, cerebral palsy or possible death of the baby.

Dr. Gemma Malin, of the obstetrics and gynaecology department and her team conducted a review of 51 studies that included nearly half a million babies. Through this review that found out that there was a consistent pattern between low umbilical cord blood pH, and the infancy complications.

It has been seen that during labor if a baby is deprived of oxygen, the pH level lowers down, giving rise to more acidic blood. This may then lead to various complications including brain damage in the infant.

The team hopes that this review will help gather more evidence and more caution when babies are born with low pH in their blood. They also support the idea of testing all babies after birth to see their umbilical cord blood is not harming the infant.

According to James Neilson, a professor of obstetrics and gynecology at the University of Liverpool,

“Ultimately, given the findings of this study, we should aim to reduce the number of babies born with a low cord pH, without increasing unnecessary obstetric intervention.”