Sunny and Sadie Sandler were photographed leaving a restaurant in Malibu after a breakfast date with their parents, funny man Adam and mom, Jackie Titone(not pictured) on Monday(September 7th, 2015). 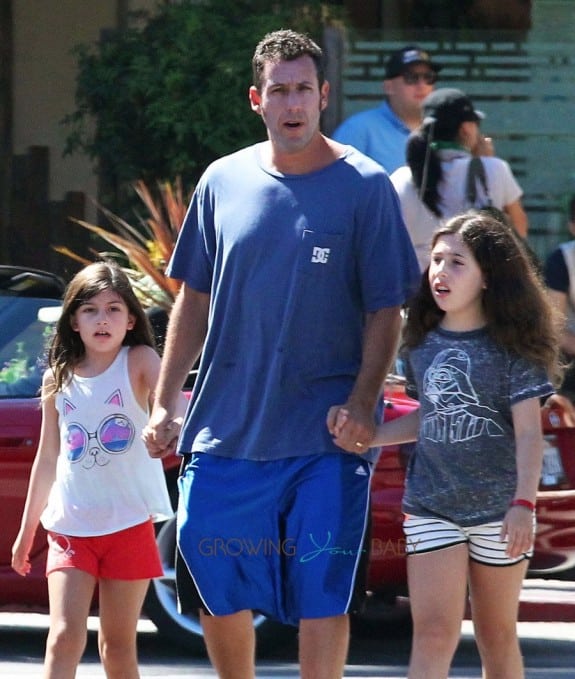 Afterwards the family spotted at the at the 32nd Annual Malibu Kiwani’s Chili Cook-Off.

To shield himself from the sun the actor wore a hilarious straw hat as he carried his girl’s carnival game winnings.

The actor has been busy this Summer filming The Do Over in Puerto Rico.  He also starred in, and produced the vintage video game flick Pixels this Summer along side Michelle Monaghan, Kevin James, Peter Dinklage and Dan Aykroyd. Despite the movie’s strong rating on the Rotten Tomatoes site, it has still grossed $195 million dollars world wide.