Home » Additives To Be Banned From Organic Formula 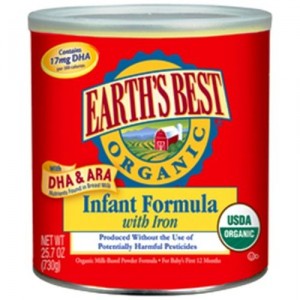 Despite the organic title, many infant formulas are sold with chemical additives. Now the US Agriculture Department is looking to ban the additives from organic formulas.

The additives DHA and ARA are frequently added to infant formulas, often as a marketing point to claim the formula is more like breastmilk. For organic formulas though, these chemical additives are against the rules.

Adding DHA and ARA goes against all organic principles because the oils are derived from soil fungus and algae in infant formula and are extracted using a neurotoxic chemical, hexane, which is explicitly banned in organic production. However, during the Bush administration these were allowed to be added to organic infant formulas.

A Wisconsin based organic advocacy group has filed a complaint to have the additives removed from formulas that are labeled “organic”. The USDA stated on Tuesday that they agreed with the additives removal. A spokesperson said they felt that Food and Drug Administration guidelines on the use of DHA and ARA were incorrectly interpreted.

The Obama administration has taken steps to scrutinize the National Organic Program more closely. Critics say the program has not been restrictive enough on what foods are allowed to be sold and marketed as organic.

DHA and ARA, also known as omega-3 and omega-6 fatty acids, are said to boost brain and eye development in infants. Both DHA and ARA are found naturally in breast milk, however the synthetic versions added to infant formula are not the same, according to the Cornucopia Institute. The USDA assures parents that DHA and ARA are not unsafe – just not organic. – Summer, staff writer