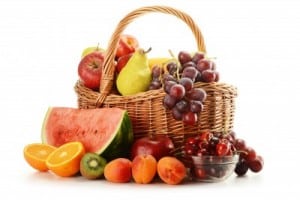 Over the years, scientists have determined just how much of certain nutrients humans need. Unfortunately, there are still some nutrients, like fiber, that are still largely up for debate, especially in regards to children. Casey Weber, doctoral student in human nutrition from Mound City and researcher at Kansas State University explains.

“Fiber essentially is anything that is not digested or provides a functional benefit, but there’s no easy way to classify what that fiber is. While findings exist for adults, there isn’t a lot of information about children and the effects of their fiber intake.”

In the intestinal tract, fiber acts as a fermenting agent. Higher levels of fermentation ensures and adequate source of fuel for coloncytes, which are thought to help reduce the chances of ulcerative colitis and colon cancer, as well as other colon-related diseases. Fermentation in the gut is also known to have benefits in regards to blood lipids (linked to cardiovascular disease).

Starting at age 1, children have a dietary reference intake (DRI). The DRI helps parents know how much of a particular nutrient their child needs. For many nutrients, the DRI provides a recommended daily allowance (RDA) is clear. For fiber, however, only an adequate intake amount (AI) exists. The two are actually very different; while an RDA is a definitive number, AI’s are based upon scientific estimates.

Weber says that there has not been enough research regarding fiber intake in children to give a definitive amount. In fact, the current AI for fiber in children may not be adequate, Weber says. Thankfully, however, there have been some improvements in recent technology that can help measure variables that could not be measured in children before. With these improvements, Weber hopes to understand more in the way of fiber intake amounts in children.

“I want to determine if more information should be available before we really push for this recommended number,” Weber said. “Most people view the recommended intakes as black-and-white. They think it is the concrete amount needed, but that isn’t necessarily the case. I’m interested in how fiber interacts with the large intestine of children. The interactions are a potential measure of other beneficial mechanisms that are taking place.”

Recently, Weber accomplished his first step in reaching his goal with one of two pre-planned studies. In this initial study, he worked with the university’s Hoeflin Stone House Early Childhood Education Center. Here, he spent five weeks measuring the fiber fermentation levels of 20 healthy children.

As fiber makes its way through the large intestine, it is fermented into methane gas and hydrogen. This is measureable through a breath hydrogen test. Children involved in the research were given various amounts of a fiber-dense cereal (25, 50 and 75 percent of the adult RDI) before the breath hydrogen tests were performed.

“The fermentation is measured because it’s an indicator of suggested healthy metabolism that is happening in the large intestine,” Weber stated. “We can measure it without actually looking inside.”

Weber and his team that methane and hydrogen production would increase as the fiber intake increased. However, the results did not show a significant difference. Weber explains that this may indicate that children may not ferment fiber in the same way as adults.

“Literature has shown some individuals do not produce gas with any level of fiber,” he says. “In-vitro and adult studies indicate that more gas will be produced with increased food supply. There is much to learn about the way fiber is handled in growing children.”

Additionally, Weber cited difficulty in researching the outcomes of food intake on a child’s health. One such example included food selectiveness, which could make getting children to eat more fiber troublesome.

“Adults and children have the same recommendation of fiber per calorie consumed,” he said. “According to the recommendations, a 5-year-old can need up to 25 grams of fiber. Parents and caregivers are often surprised at the amount we encourage their children to eat is typically only 50 percent of the daily recommendation. Our goal is to provide a science-based fiber recommendation to give children the tools for a healthy start.”

Weber is now conducting a second study that will continue to look at fiber consumption. His new study will focus on the fiber adaptations between children and adults while using the same breath hydrogen test used in the aforementioned study. The duration of the study will be three weeks. Over that time, children and adults will be given about 10 grams of fiber to add into their regular diet to try and determine what adaptations occur and if fermentative capacity is increased. He hopes to have the preliminary results on the new study by fall of 2012.