The American pediatricians’ group has recently proposed new guidelines for diagnosing ADHD in children. Once only limited to children between the ages of 6 and 12, the group now says that they have emerging evidence that would lead to an effective diagnosis of children as young as 4 and as old as 18. 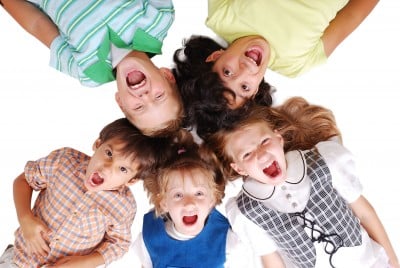 The new guidelines state that doctors should check children as young as four for ADHD, especially if the child displays any symptoms of “inattention, hyperactivity or impulsivity.” These symptoms could be noted through behavior problems at home or at school as well as academic problems.

What raises even more concern for me, as a mother, is that some of the items on the checklist seem a little vague, like “difficulty sustaining attention in task or play activities” or “fidgets with hands or feet or squirms in seat.” Getting a four-year-old to sit still for extended periods of time seems rather contradictory in my opinion. It wasn’t so long ago that four-year-old children spent their days playing and running.

According to the researchers, the targeted group of children won’t necessarily be those that are fidgety. According to Dr. Mark Wolraich, lead author of the report and professor of pediatrics of the University of Oklahoma Sciences Center, “You’re talking about kids…who may well have been kicked out of two or three preschool programs. We’re not necessarily talking about children on the borderline….We’re really trying to prevent failure early on.”

Authors of the new study, like Wolraich, state that young children who receive an ADHD diagnosis should first undergo behavioral therapies, like individual parent training or behavioral management. If this is not effective, children as young as four may receive methylphenidate medications.

Methylphenidate is the active ingredient contained in many ADHD drugs, like Ritalin. These and other ADHD drugs have been linked to serious health-related risks, like heart conditions that can result in death. These risks are rare, but they still exist.

ADHD medications can also present a wide array of side effects – everything from a lack of curiosity and lack of emotion to lack of appetite. In a way, it is like taking away a child’s unique and individual personality to get them to sit still and concentrate. Parents should really assess the risks and consider what is really right for their children.

There are a lot of flaws that could be noted with the new diagnosing system. Everything from the lack of personality to the health conditions to the problems that families are likely to experience while trying to receive behavioral health therapies.  This could, and is likely to, lead to over-prescribing of medication to young children. ADHD medication is already the most commonly prescribed medication in the United States.

“You can use medication in very small amounts without losing [curiosity and personality] but it’s easy to get tricked into saying ‘Maybe we could get a little better behavior, so we’ll just top it a little bit more.’”

I have never disputed the existence of ADHD. I have, however, disputed the parameters of it. I wonder why a checklist is used as a final diagnosis point, especially when brain imaging has been proven effective at properly diagnosing ADHD in children. I recognize that brain imaging isn’t free and that may be a lack of insurance company support and coverage might hinder the use of imaging. Yet, all things considered, wouldn’t one imaging test be more cost-effective than years, maybe even a lifetime of medication? And what about the risks to children?

Don’t get me wrong. I am not trying to be a dark cloud over parents that are dealing with an ADHD toddler. What I am saying is that parents could help protect their children from misdiagnosis and over-medication by taking the time to learn about ADHD and taking the time to learn about medication alternative and alternative testing methods. Are the alternatives right for every family? Of course not! But they are right for some, and some is definitely better than none.