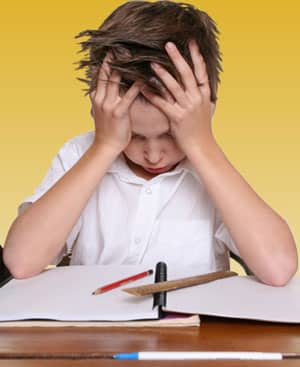 Attention deficit hyperactivity disorder (ADHD) is currently considered the most common neurodevelopmental disorder in children. According to the most recent information, about 7 percent of all children are diagnosed with the condition, and it is three times more prevalent in boys than in girls.

Up to now, it’s been assumed that children grow out of the condition. However, a recent study shows that this couldn’t be further from the truth. The new study, published in March’s online version of the journal Pediatrics, suggests that, not only is it possible for ADHD to carry on into adulthood, there may be other, more serious implications. For this reason, study authors say the condition needs long-term care guidelines to improve the long-term quality of life of those affected.

William Barbaresi, MD, of Boston Children’s Hospital, lead investigator on the study, started the long-term study back when he was working at the Mayo Clinic. The study continued in collaboration with May Clinic researchers. It is currently the longest running and largest cohort of its kind.

“This was a unique population based study of a large group of individuals with ADHD followed from childhood to adulthood,” Slavica Katusic, MD, lead Mayo Clinic investigator of the study told Medical News Today.

Researchers followed all children born in Rochester, Minnesota between the years of 1976 and 1982. Children that left the Rochester area before they reached age five, and children that did not have access to medical records, were excluded from the study. In total, there ended up being 5,718 children in all, 367 of which ended up being diagnosed with ADHD. Of those diagnosed with ADHD, 232 participated in the follow-up study, which took place during adulthood; three-quarters of them had received ADHD treatment during childhood.

But what’s most concerning about this study is that Barbaresi says these children came from middle income families. Many of these children had access to health care and good education.

“One can argue that this is potentially a best-case scenario,” Barbaresi said. “Outcomes could be worse in socioeconomically challenged populations.”

Barbaresi says that this information clearly points to a need for better, long-term treatment for ADHD patients.

“We suffer from the misconception that ADHD is just an annoying childhood disorder that’s overtreated. This couldn’t be further from the truth. We need to have a chronic disease approach to ADHD as we do for diabetes. The system of care has to be designed for the long haul,” Barbaresi said. “Only 37.5 percent of the children we contacted as adults were free of these worrisome outcomes. That’s a sobering statistic that speaks to the need to greatly improve the long-term treatment of children with ADHD and provide a mechanism for treating them as adults.”

Until that system of care is developed, Barbareis advices that parents who have a child with ADHD take the time to ensure that their children are receiving high-quality treatment. He says that they should continue receiving this treatment on into adolescence. And these children should be assessed for possible learning disabilities and monitored carefully for other psychiatric conditions associated with ADHD, like substance abuse, depression and anxiety. What’s more, children should be aware of their condition so that they are aware of the need for treatment when they become adults.

“Data indicate that the stimulant medications used to treat ADHD in children are also effective in adults, although adults tend not to be treated and may not be aware they have ADHD,” Barbaresi said.”