That first moment when you see your child—their face, their tiny fingers and toes, how much hair they have, what color their eyes are—it’s a moment that simply cannot be described. There’s nothing quite like it in the world, and you never forget it. Karen Beitz wouldn’t have had that moment if not for $15,000 eyewear. 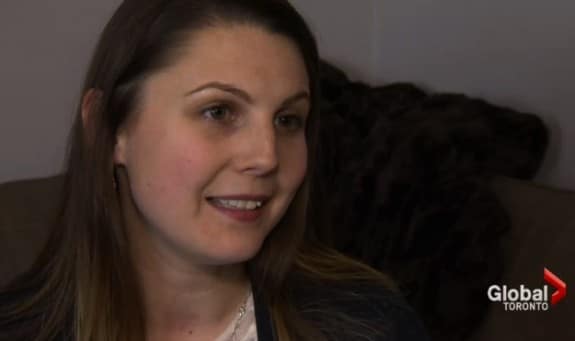 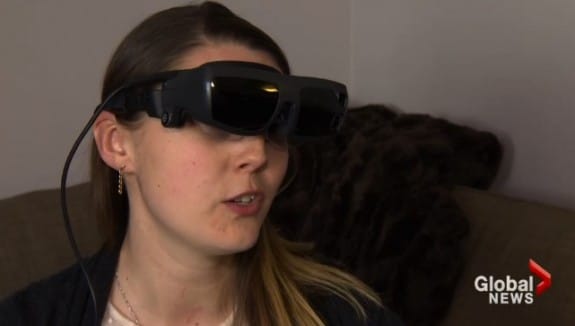 Karen has Stargardt disease, a genetic condition that causes macular degeneration. This condition has created a blind spot that blocks the center of her field of vision, leaving her with only a little bit of peripheral sight. But with eSight, she was able to see her son just after giving birth.

“Seeing who he looked like and how big he really was,” Karen told Global News, recalling her first look at her son. “He was chubby. He was very cute.”

The device responsible for giving her this gift took six years to develop. It is equipped with a camera that sits on the bridge of the nose. Images are captured by the camera, enhanced, and then projected onto high definition screens in front of the eyes.

And it’s helping people like Karen see the world like they’ve never seen it before, changing their lives for the better. 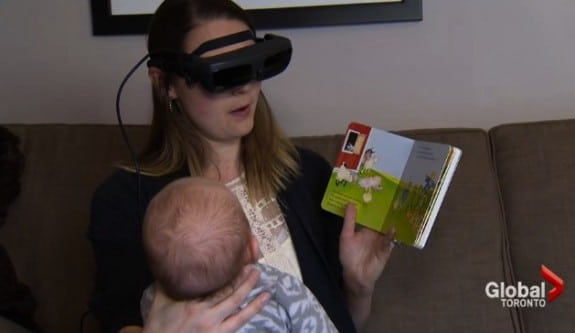 Karen’s sister, Yvonne Felix, is yet another person who has been given the gift of sight, thanks to the device. Also diagnosed with Stargardt disease, she took part in a two-year-trial to test the device and see how well it worked. And it is thanks to that trial that she is able to work, socialize with friends, travel, and do other things that most people take for granted.

“The first thing I have been able to do is become employed,” Yvonne said. “My background is in art and I was able to transform that into arts education. I was able to fill out forms, do grants, working with the Ontario Arts Council as an artist with an opinion.”

Karen and Yvonne are just two out of what are thought to be half a million visually impaired individuals in Canada. (source: Canadian National Institute for the Blind) But technology has come a long way and has helped some lead more normal lives with devices like eSight as well as glasses equipped with special cameras, electronic magnification readers, and even electrodes that can be implanted into the retina.

“Over 85 percent of people who are legally blind have some degree of vision and that is where this technology or various vision aids can help those individuals,” Dr. Ana Juricic, low-vision specialist, told Global News. “So what we are finding is that there are more advancements and a lot of it is actually based on electronic devices that can help improve contrast and give magnification at the same time.”

However it works, the devices are making a difference in lives. And, if more devices like eSight become covered by OHIP (Ontario’s health plan) and other insurance plans, the impact could end up being monumental.