Often when I’m looking for images to accompany our articles it can be a challenge to find one where a baby is in a safe sleeping space.  Many of the stock photo companies have pictures of newborns sleeping on their tummies in overdressed cribs with pillows, blankets, and toys.  All things that are recommended against by the American Academy of Pediatrics, parents are often inundated by many of the same images when magazines feature a celebrity’s nursery or a manufacturer’s advertisement. 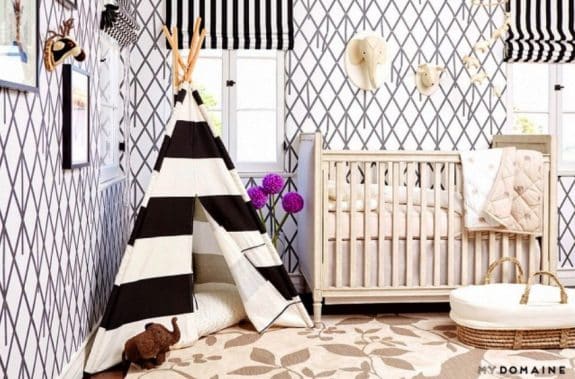 My experiences were validated through a new study from the University of Alabama at Birmingham that found national magazine advertisements and manufacturers of infant cribs continue to depict unsafe sleep environments, despite longtime guidelines established by the American Academy of Pediatrics to protect against SIDS and other sleep-related deaths.

“It is important that health care providers, advertisers, and crib manufacturers come together to educate parents and caregivers about safe sleep environments for children,” said Bradley Troxler, M.D., assistant professor and director of the UAB Pediatric Pulmonary Center who treats patients at Children’s of Alabama. “Advertisers and manufacturers should encourage new parents to follow guidelines by being the example in their published materials.”

For their study, which was titled “Safe Sleep Guideline Adherence in Nationwide Marketing of Infant Cribs and Products,” the team analyzed 1,758 crib advertisements and 1,893 print magazine advertisements from 1992, 2010 and 2015.

While there have been improvements have been made over time, the team still found that 40 percent of current advertisements depicting sleep environments for children 1 year of age or younger failed to adhere to safe sleep recommendations. Most of the crib displays that depicted unsafe sleep environments showed bumper pads and/or soft bedding, both of which have been associated with sudden infant death syndrome or other sleep-related deaths, according to research. 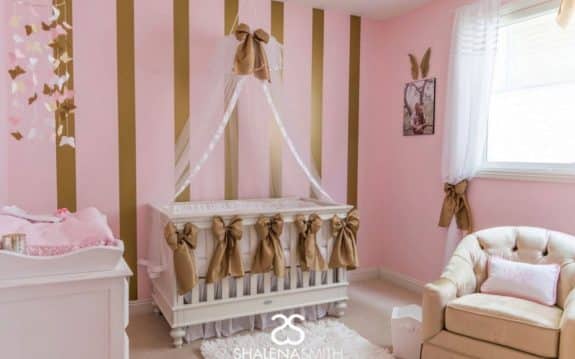 The authors conclude that health care providers should broaden current educational and advocacy efforts beyond parents and caregivers to include advertisers, stores and crib manufacturers. They also noted that special attention should also be given to the messaging involving nonwhite infants and sleep. While white children were featured in most of the advertisements, none of the ads that featured nonwhite children adhered to safe-sleep guidelines.

Note with Molly and Jason Mesnick’s nursery below there is a double bumper pad, a blanket hanging from the side, pillows inside the crib AND a letter M with an electrical cord hanging right beside the crib.  The baby could also get caught up in the curtains flowing over the sides of the crib. 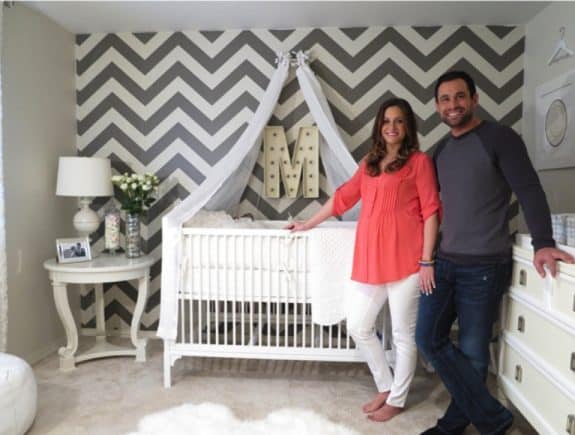 The American Academy of Pediatrics describes a safe sleeping environment:

It should be noted that some celebrities are doing a great job of featuring their safe nurseries.

JP and Ashley Rosenbaum actually photographed 2 versions of their nursery – one with the bumper and one without.  We love the one below because they used the Nook crib mattress, which is made from a safe, organic material.  The mattress’ cover also doubles as a sheet so there’s no concern of a sheet coming loose.  This also shows that you can create a beautiful, simple space for your baby without throwing 50 things into the crib. 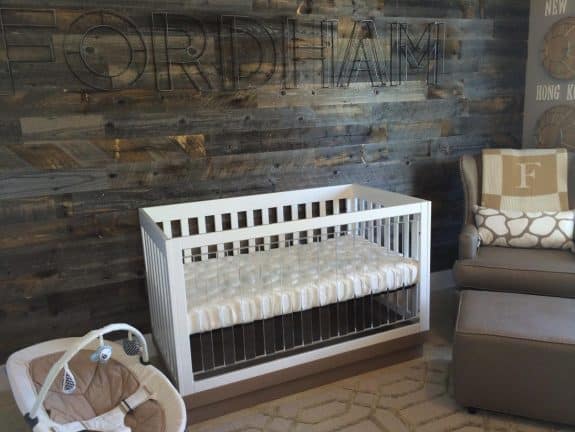