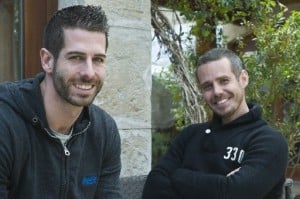 After waiting for more than 2 years, a same-sex couple will get to bring their baby, who was born by a surrogate, home.

Baby Samuel Ghilain was born by a surrogate in the Ukraine 2 years and 3 months ago, but because of a succession of legal hurdles, he has not been able to join his parents — a Belgian couple Laurent Ghilain, 27, and Peter Meurrens, 37.

Instead, of being turned over to his dad’s when he was delivered, the newborn was placed in a Ukrainian orphanage. Now, after more than two years of fighting with the government, the Foreign Ministry issued the toddler a passport on Monday.

Peter Meurrens, told the media that Samuel will fly into Belgium in the coming days to be reunited with his parents, who last saw him nearly a year ago.

Because the Ukraine has favorable surrogacy laws, it is the ideal country for couples to go to when they are not able to have their own baby naturally.

While surrogacy is not illegal, Belgian law is largely silent on surrogacy and any rights a child born that way might have. Peter says some bureaucrats in both countries were anti-gay and that the Belgian official who worked hardest to prevent the baby from being allowed into the country implied in court that they could not be good parents because they were gay.

In the end the Belgian Foreign Ministry made the decision to issue the passport followed a court decision saying bureaucrats had erred, and the boy, the biological child of Meurrens’ husband, Laurent Ghilain, was entitled to the document.

“Finally, I am starting to believe I will see him in a few days,” Meurrens said.

This is all very sad. Because of this political crap, a baby has sat in an orphanage unnecessarily during the years when bonding is most important for his emotional development. Our fingers are crossed that this little guy is able to be re-united with his dads this week so that they can start to give him the loving childhood he was supposed to have.