After spending almost a week at the Cannes Film Festival Aishwarya Rai was photographed arriving at Nice Côte d’Azur International Airport on Saturday (May 24th) with her daughter Aaradhya Bachchan. 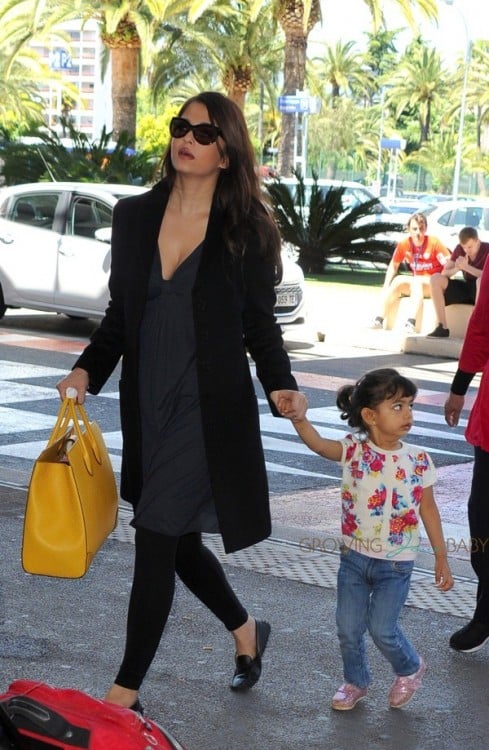 The rarely seen little girl was cute in a floral cardigan, blue jeans and a pair of pink sparkly TOMS shoes as she accompanied her mom into the airport.

It has been a whirlwind five days for the family as the Bollywood actress hit the red carpet three times at the star studded film festival.

On May 20th Aishwarya made her first appearance in a golden Roberto Cavalli evening gown with fishtail detailing for the premiere of Two Days, One Night. 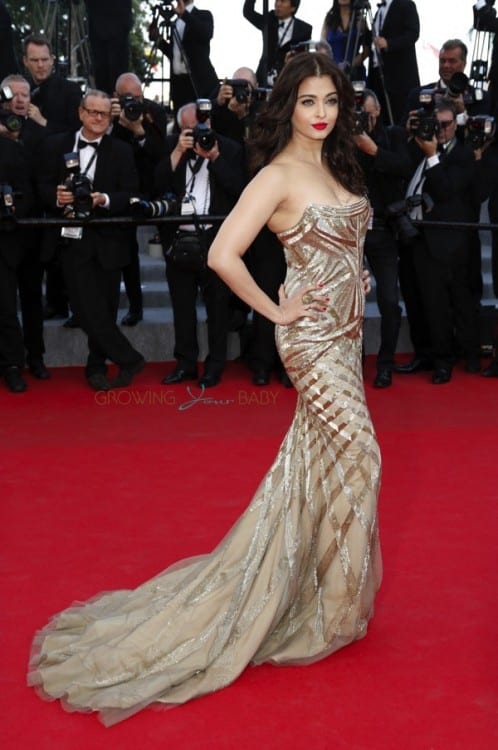 The next day she wore a Roberto Cavalli mermaid-cut gown as she walked the red carpet for the premiere of ‘The Search’. 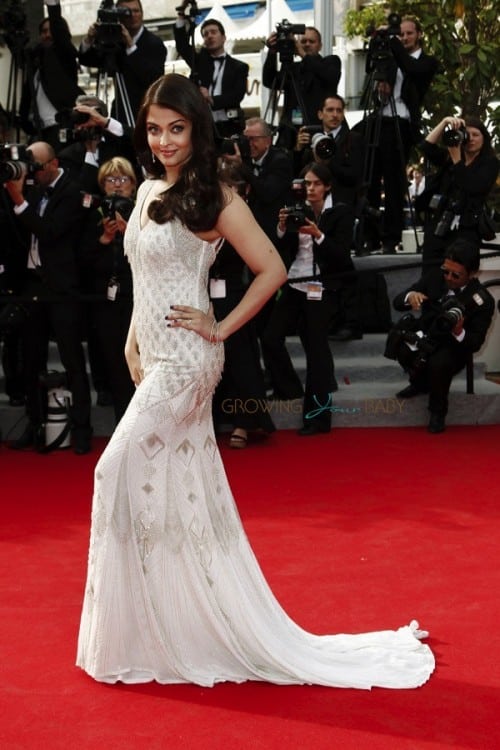 On May 22nd she stepped out with her husband Abhishek Bachchan for the amfAR gala wearing a gold gown from Armani Prive. 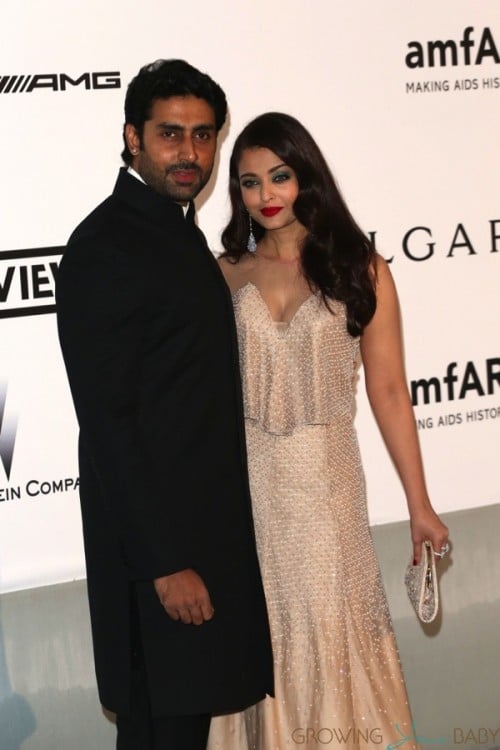 Since the birth of her daughter in 2011, Aishwarya has shyed away from the spotlight. She is will, however, start production on a new Mani Ratnam film in June. The project, which is reportedly a spy thriller on the lines of Hollywood’s ‘Bourne Identity’ and ‘Mission Impossible’, will be the actress’ first since 2010.