Born without functioning kidneys and weighing in at just 25 pounds, two-year-old AJ Burgess is nothing short of a miracle – and his mother knows it. 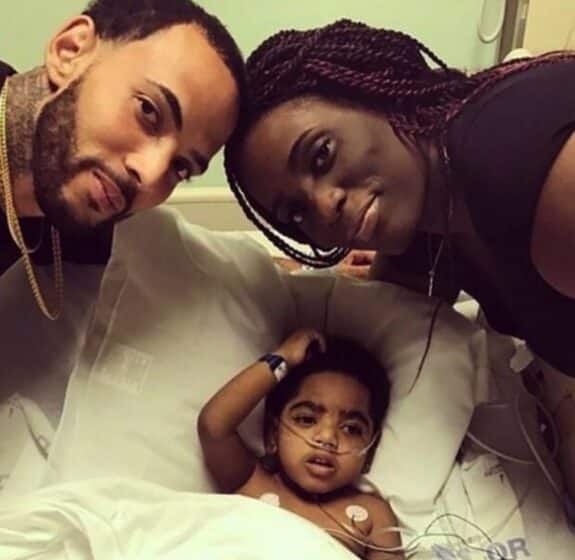 Sadly, his health is being compromised, thanks to a denied kidney transplant. The reason? His parents say it was because AJ’s father, Anthony Dickerson, was arrested.

The transplant had originally been scheduled for October 3. Anthony had already completed the extensive evaluation that is required of all living donors, but he was arrested on September 28th for a parole violation and allegedly being in possession of a firearm while attempting to flee and elude police. He spent five days in jail but was released the day before the surgery. When he showed up at the hospital for the surgery, he was told the transplant had been postponed.

“On October the 3rd, when they arrived, they were informed they would not be able to do the transplant,” Mawuli Davis, the family’s attorney, told CNN.

The family says it wasn’t until the next day that they were told that the surgery had been postponed because of Anthony’s arrest. They were also allegedly informed that Anthony could not move forward as a donor until he could supply proof that he’d been compliant with his parole for at least 90 days.

“At that time, they could not believe what they were hearing,” Davis said.

Unfortunately, AJ may not have that much time. He is in currently the hospital, fighting an infection. He also had to undergo surgery to change how he’s receiving dialysis. In short, his health is being compromised – and for what?

According to the family, the hospital is citing concerns over whether Anthony will follow post-operative instructions after the live donation, but Anthony has already indicated that he would follow the instructions of the physicians. The family’s attorney also makes a valid point in his representation of Anthony’s situation – the hospital never has a guarantee that a patient will follow instructions.

“Nobody can make any guarantee about what happens to a donor when a donation is made,” Davis said. “His parole probation status should not, as far as we’re concerned, be a factor at all.”

But the hospital apparently hadn’t agreed. In fact, it took an entire month, a family attorney, and an advocacy group to move things along again. And they still haven’t reached an agreement or a solution in AJ’s situation. Instead, the family has only managed to score a meeting with the medical team. Still, it is a positive step forward; we can only hope that it moves things along quickly, before this precious little boy suffers any further.