Born on March 4th without a nose, Eli Thompson might look a little different from other newborns. And, even though his abnormality came as a complete shock, his mother, Brandi McGlathery, says he’s the picture of perfection. 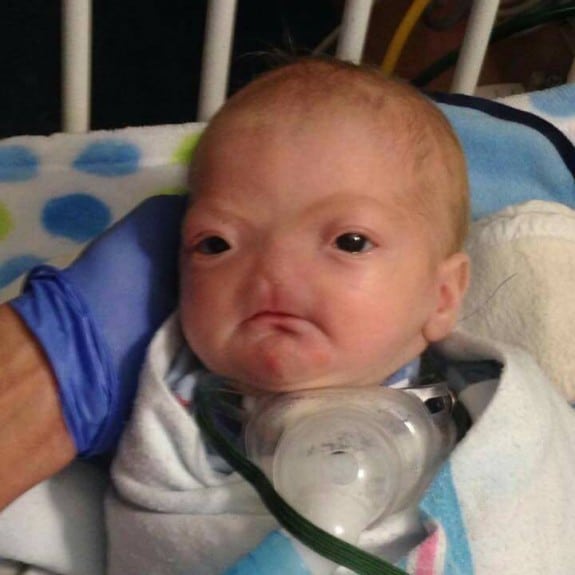 “The day I delivered, everything went fine,” Brandi told ABC News. “At 4:42, when he was born, he came out and the doctor put him on my chest. When I took a closer look at him, I said, ‘He doesn’t have a nose,’ and they took him out of the room.”

According to Brandi’s doctor, there was no reason to believe that Eli would have an abnormality at birth. Brandi had shown no signs of high risk, and tests showed Eli had a nasal bone during ultrasound scans.

“She came in right at 37 weeks and went into labor,” Dr. Brown told ABC News. “Once I delivered him and we cleaned him off, I could tell something wasn’t right, but I didn’t want to alarm her.”

So, instead, he sat down at the side of Brandi’s bed to explain what was wrong with Eli.

“He had the most apologetic look,” Brandi said. “I knew right away something was wrong.”

But, interestingly enough, Eli didn’t have any other signs of abnormality.

“I’ve seen facial abnormalities, cleft lip and palate, but this is the first time I’ve seen a case with just no nose,” Brown said. And, other than the issues stemming from no nose, Eli is “doing great . . . He’s a super cute kid and you can tell he was fighting.”

Despite his overall good health, Brandi said she did feel shock, and then worry. She even went so far as to recount her pregnancy to try and figure out of maybe something she’d done had resulted in Eli’s abnormality.

“[But] I realized it was nothing anyone did,” she said. “I mean, he’s perfect. I’m not going to say I was sad. I was just scared for him because I didn’t think he’d make it.”

But making it, he is.

He does have to use a tracheostomy tube to assist him with breathing, but his family has all been trained in how to control the equipment, and they have all received CPR training to prepare them for any potential issues. He’s now home, and doing very well. 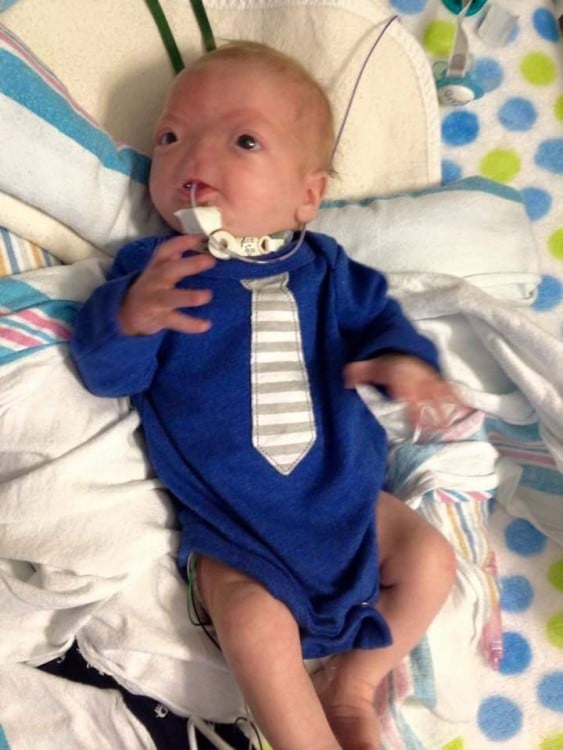 “He’s an extremely happy baby and does cute stuff all the time. There’s a reason aside from his health issue and not having a nose as to why we call him our miracle baby. He just tugs on people’s heart strings. It’s his demeanor,” Brandi said. “I don’t think my son will ever have an idea of how much he’s impacted people. He’s definitely started something and has got a big purpose in life. He’s going to have one hell of a testimony to tell people one day.”