And babies make 11!  One Alabama family has more than doubled in size after mom, Courtney Waldrop gave birth to sextuplets this week. 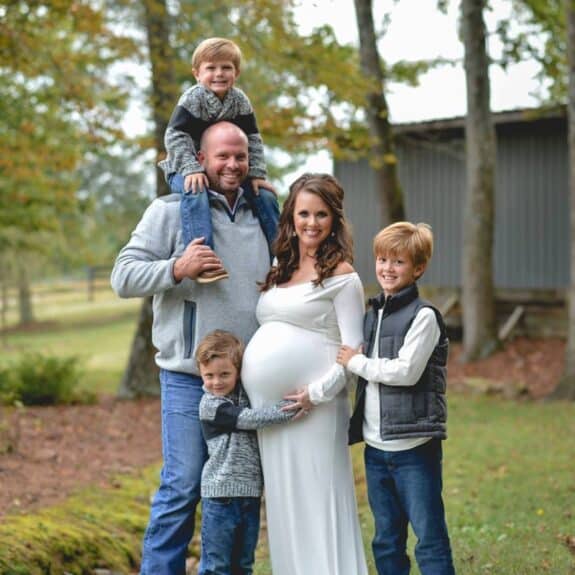 The three boys and three girls were born in just 4 minutes.  While no birth weights have been revealed, we do know that Courtney had hit her goal of 30 weeks gestation and all of the babies are doing well.

The babies’ safe arrival was likely a relief for the couple who miscarried their 4th child in January.  Shortly after doctors put Courtney on a low dosage of fertility treatment that was meant to minimize the chances of carrying multiple fetuses.

However, Courtney became pregnant and was shocked to find out that she was carrying six babies during an ultrasound in May.

The exciting moment was quickly marred by concern about the babies’ survival.  Doctors suggested selective reduction, a procedure that reduces the number of fetuses in utero to increase the chances of survival for the others.

“Our faith in God is very strong, and we never would have thought we would have considered that,” Courtney explained to PEOPLE.COM. “But with the risks involved, no doctor could sugar coat what could happen. The risks are real for me and for the babies.”

“We are strong in our faith, but you never know how you’re going to feel when you’re actually in those shoes,” she says. “When we let it go and turned it all over to [God], those fears—though we know the risks are still there—were lifted from us. They were haunting us and it was in our every thought.”

Early on Courtney’s concern was whether or not she would be able to meet the caloric intake needed to keep herself and the babies healthy.

At 25 weeks Courtney was put on bed rest for seven days to slow down the progression of the babies.

From that point on her hope was to get to 30 weeks. 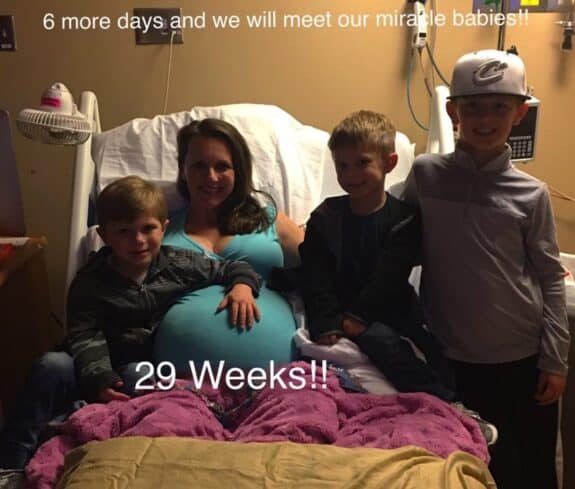 She was able to hit that milestone before delivering that babies earlier this week.

There is no word on when the babies will join their siblings at home. Often preemies will stay in the hospital until their due date, which was in February.