Home » Alessandra Ambrosio Attends A Promotional Event At The Grove

Even though she’s 7 months pregnant Alessandra Ambrosio is not slowing down. The supermodel has been busy traveling the globe for Phillips promoting their shaving system. And while she has recently visited Turkey, Poland, Germany and Spain for her spokesperson duties, she hosted an event on Friday in Los Angeles at the Grove that allowed her to closer to home. 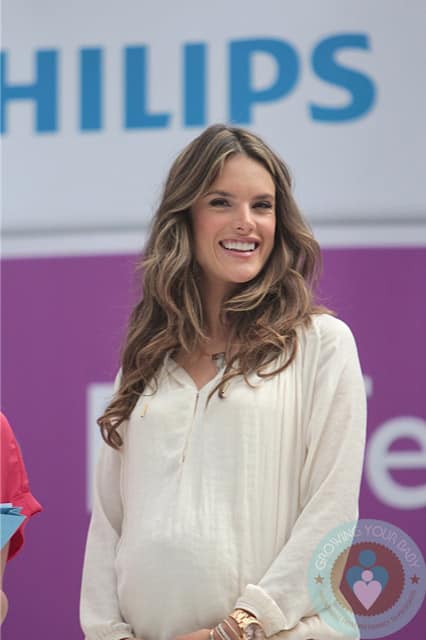 Blessed with an “easy” pregnancy  the mom-to-be says she approaches her job in much the same way as she does when not pregnant.

“It’s the same thing, the belly button sticks out a bit more, but it’s the same job! I feel the same.”

Due in June, Alessandra has also lined up work commitments shortly after the baby arrives, which she hopes will motivate her to get back in shape as quickly as possible.

“I already have jobs planned for afterwards so hopefully will be back in shape! I told my booker and my manager, ‘I know I have a job to do, so just book the jobs and hopefully it’ll be fine.’

“I only have a few more jobs to do before I have the baby – all editorial, no more catwalk now – and then I hope to be back in London for the opening of the Victoria’s Secret store in July. I should definitely be back for the next Victoria’s Secret show – I have quite a while until then.”