Mom-to-be Ali Landry was aptly dressed in a cheetah dress yesterday while walking the red carpet with her daughter Estella at the Zookeeper premiere. 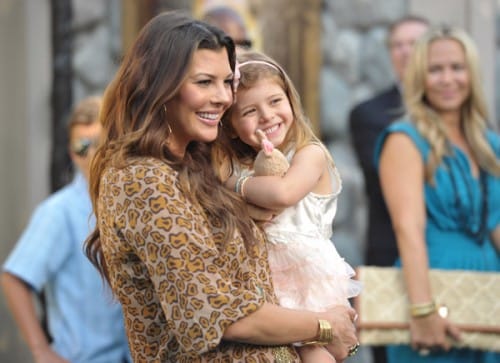 In the movie Kevin James plays Griffin Keyes, a kind-hearted zookeeper who is convinced the only way to get a girl in his life is to quit his job.  In a panic,  the zoo animals decide to break their time-honored rule of not talking to humans and teach Griffin the ways of the wild so he can find a mate and stay at the zoo.

Ali tweeted a picture from the event saying,

Just got out of zookeeper premier. Estela fell in love with Bernie

Ali and her husband Alejandro Monteverde expect their second child in October.