A very pregnant Ali Larter was spotted dropping off her dog at the groomers while accompanied by husband Hayes MacArthur. The two then had breakfast at Griddle Cafe in Hollywood before watching an afternoon showing of Ali’s latest film “Resident Even Afterlife in 3D”. 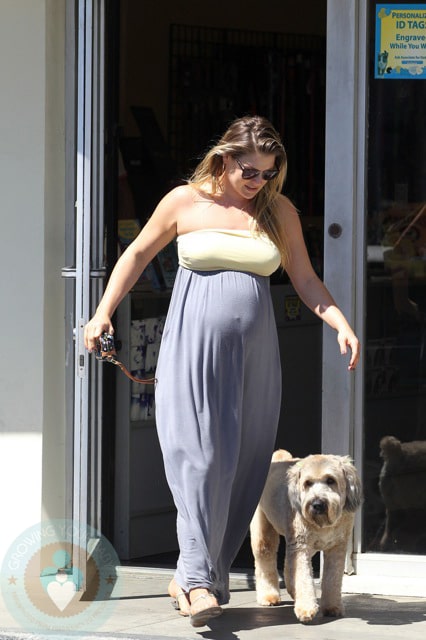 The actress recently revealed that she is expecting a boy.


“I’ve got a little penis inside of me,” the 34-year-old actress said on NBC’s Late Night with Jimmy Fallon.

“That’s what she said,” Jimmy joked.

“Ohhhh! I was trying to keep it private, but we’re having a boy!” she clarified.

The new baby is rumored to be due just before Christmas.