The NY Knicks game at Madison Square Garden was a family affair on Sunday for R&B couple Alicia Keys and husband Swizz Beatz (Kasseem Dean). The couple treated their son Egypt to some court side action, while tweeting pictures of the outing. 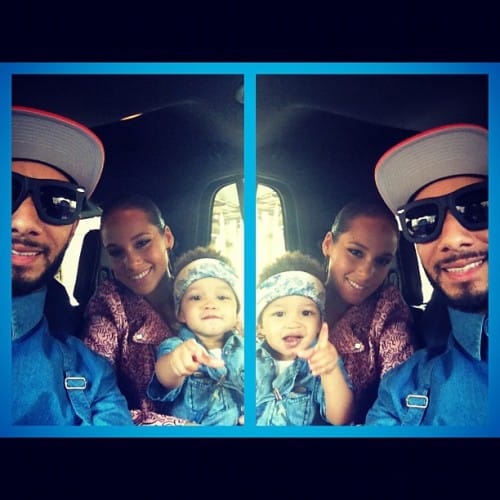 Not new to sitting so close to the action, Egypt has been spotted at a few Knicks games over the past few months. He danced and cheered while dressed in a denim outfit and a pair of Jeremy Scott Wings 2.0 Adidas trainers! 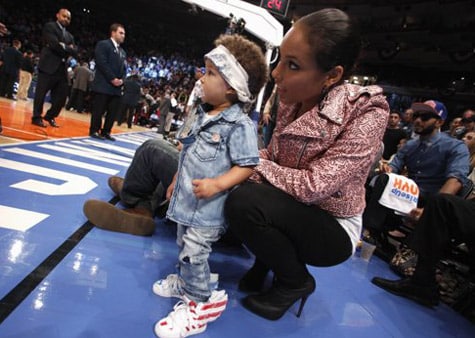 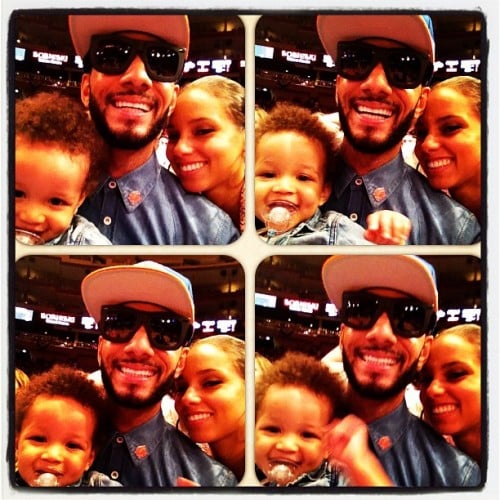 The rapper tweeted that the team has never lost when he’s been in attendance and it appears they needed his luck. The win broke their 13-game playoff losing streak and kept their finals chances alive.