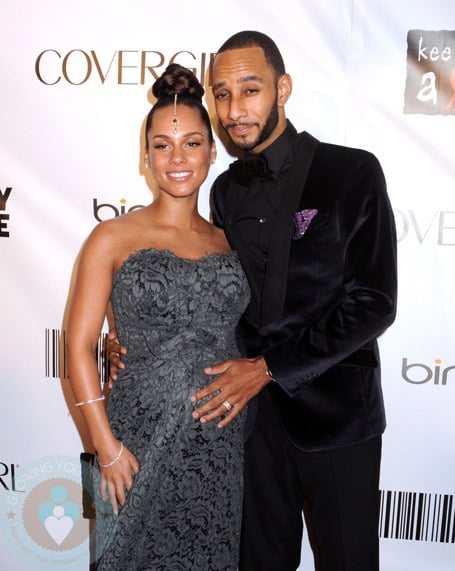 Congratulations to Alicia Keys and husband Swizz Beatz on the safe arrival of their first child – a boy!

According to the singer’s rep, Egypt Daoud Dean arrived on Oct. 14 in New York City.

The new dad, whose real name is Kaseem Dean, has two sons, Kasseem Jr. and Prince, and a daughter from previous relationships.