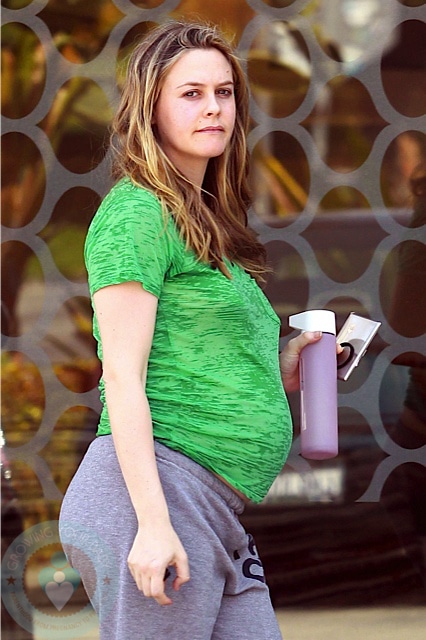 A she heads into the homestretch the actress stayed comfy in a T, sweats and crocs while shopping in West Hollywood.

Before she became pregnant the actress told People,

‘I’ve been wanting to have a baby since I was two years old – I’m destined to be a mother,’

She’s almost there!  Alicia and her husband of six years Christopher Jarecki, expect their first baby this Spring.