Alicia Silverstone was photographed having an on set visit with her son Bear while filming God’s Behaving Badly in New York City. 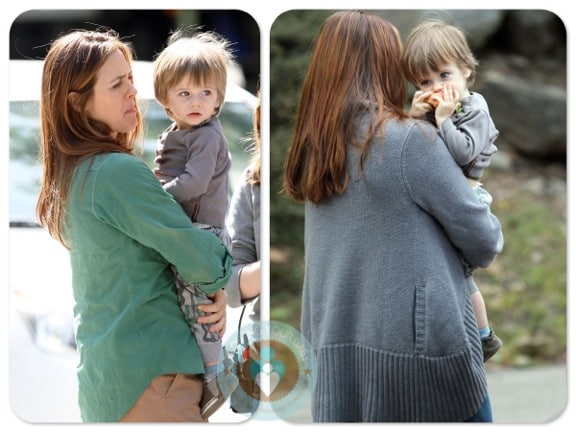 The actress carried her little guy around Central Park in between scenes and kept him on her lap while she had her hair and make-up touched up. 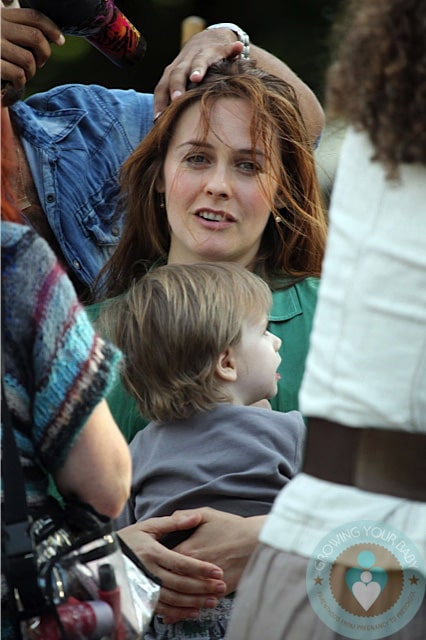 Bear was also spotted on the sidelines with an assistant watching his mom work as she filmed scenes with Ebon Moss-Bachrach. 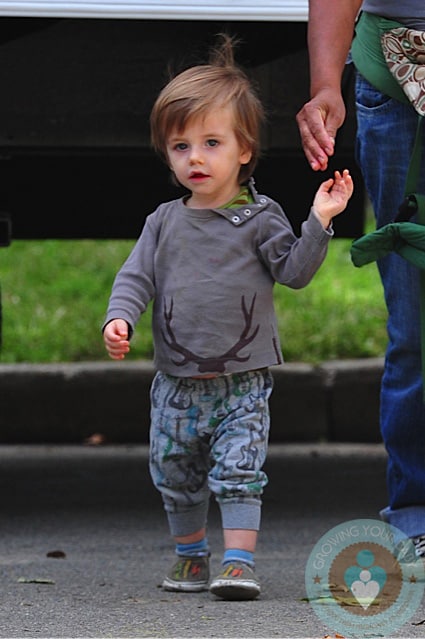 Alicia has a few projects on the go right now which means that she won’t be back for the second season of Suburgatory. The show’s creater Emily Kapnek told Zap2it.com that when the show premieres in October it have fast forwarded through the Summer,

“Eden is probably going to withdraw from Chatswin. I would, if I were her. I don’t think she thinks in her heart that she can finish out her pregnancy in a healthy way there. We’ll reconcile some of their relationship stuff in snippets.”