Home » Almost There! A Very Pregnant Ashlee Simpson Steps Out in LA

Ashlee Simpson looked ready to pop while stepping out for sushi with her husband Evan Ross on June 22, 2015 in Studio City, California. 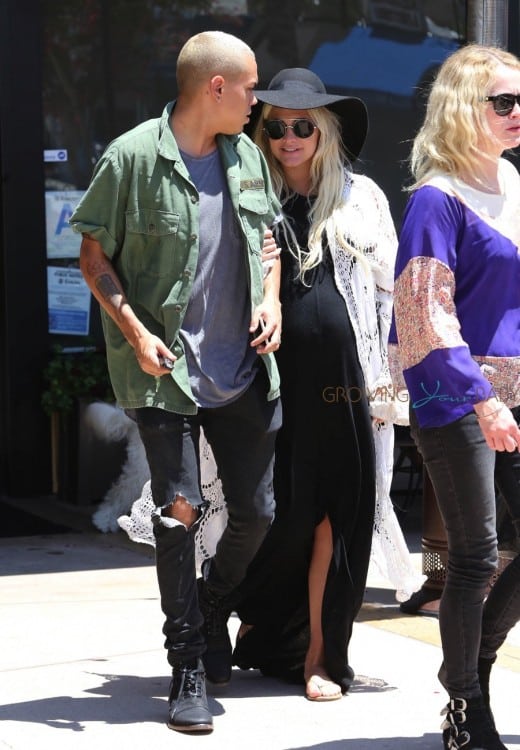 The pregnant singer’s growing belly was front and center in a black maxi dress that was covered with a knitted lace shawl.  Ashlee stayed comfy in flip flops, while shading herself from the sun in her signature floppy hat. 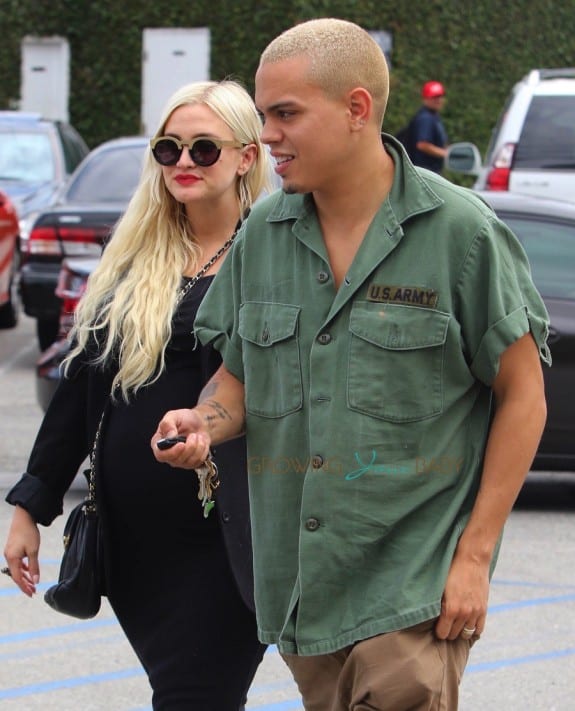 Soon baby will make 4 and Ashlee’s six-year-old son Bronx – from her previous marriage to Pete Wentz – is also looking forward to welcoming his little sister.

She gushed previously, “I told him pretty early on [that I was pregnant] and he wanted to have a sister, so he’s really excited! He’s got a little brother. Now he’s going to have a little sister!”