American middle distance runner Alysia Montaño is a machine. A six-time USA Outdoor champion, she has represented the United States at numerous international championships including the 2012 Olympics. 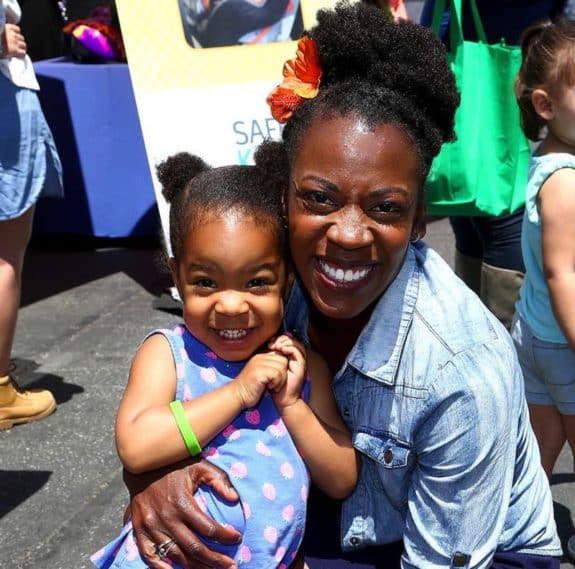 While she’s known for her speed and endurance, she often turns heads for her races while she’s pregnant.

In 2014 she gained notoriety when she competed in the 800 meters while eight months pregnant. At that time, she finished last but that came second to the point she was hoping to make.  Alysia wanted to show women that they should still be active while pregnant.

Now five months pregnant with her second child, she isn’t letting her growing baby slow her down.  On Thursday she fittingly channeled her inner Wonder Woman while wearing the superhero’s likeness on her top.

About last night… 2017 USA Nationals with baby #2 at 5months pregnant. I have some pretty awesome maternity photos from both pregnancies ?#Wonderwoman #ShesAllOFUS #beyourjourney

The mom-to-be said she was inspired when she learned actress Gal Gadot, who plays the title role in the movie “Wonder Woman,” filmed the retakes while five months pregnant with her daughter Maya.

“I saw Wonder Woman, and I was like, I for sure am signing up for USA Nationals,” Montaño said. “I already was thinking I was going to do it.”

With a speed of 2:21.40 she didn’t place during Thursday’s race.  It was, however, 10 seconds faster than her time three years ago.

“People were like, oh, you’re going to run faster than you did last time because you’re less pregnant,” Montaño told media in Sacramento, standing next to 2-year-old daughter Linnea. “I was like, I’m still pregnant.”

Her goal was to act as an inspiration to her fans and friends.

“I represent so many different people: women, black women, pregnant women,” Montaño told TeamUSA.org. “It’s my responsibility to make sure I’m a voice and an advocate for them.”