It’s another girl for Alyson Hannigan and her husband Alexis Denisof! The couple welcomed Keeva Jane Denisof, on Wednesday, May 23. 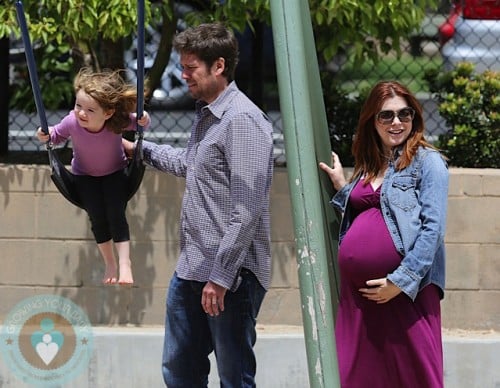 The actress’ rep confirmed the exciting news adding, “They are all doing well.”

The actress, who hasn’t tweeted in 3 weeks, posted an image of the newborn on twitter this afternoon along with the caption ‘LOVE!’ 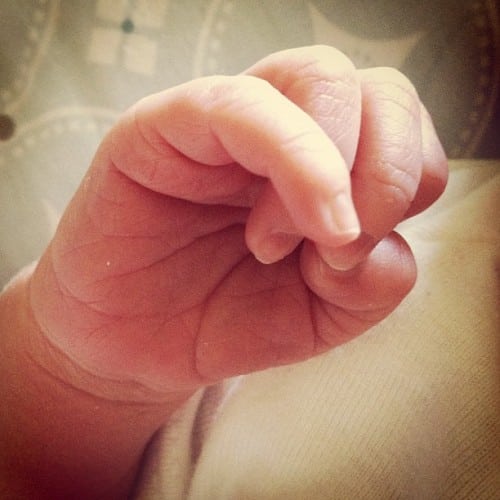 In April Alyson revealed to Rachael Ray that some were wondering if she was expecting two.

“The last couple of times I’ve been at stores, people have been like, “Oh you’re ready to pop, right?”

“I’m like, “Actually I have a couple more months,” Somebody said, “You’re sure there’s not two?” I keep asking my doctor the same thing.”

Her size was probably just due to the fact that she is only 5’5″ tall. The baby had to go somewhere and this little one went out.

Alyson had planned to have a homebirth, like with Satyana’s delivery. We look forward to hearing the details and meeting the new addition!