Surprise! Amanda Peet is expecting – again!  The actress revealed the exciting news this evening while walking the red carpet with her husband David Benioff at the 66th Annual Prime time Emmy Awards, which were held at Nokia Theatre in Los Angeles. 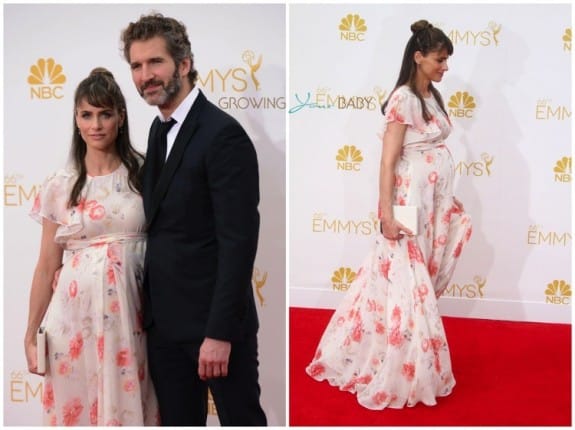 Beautiful in a Giambattista Valli dress, Amanda was mum about the new addition, but was in attendance at the award show to support her husband, who is the writer and executive producer of Gamer of Thrones.

The new baby will join the couple’s daughter Molly, 4 and Frances 7. 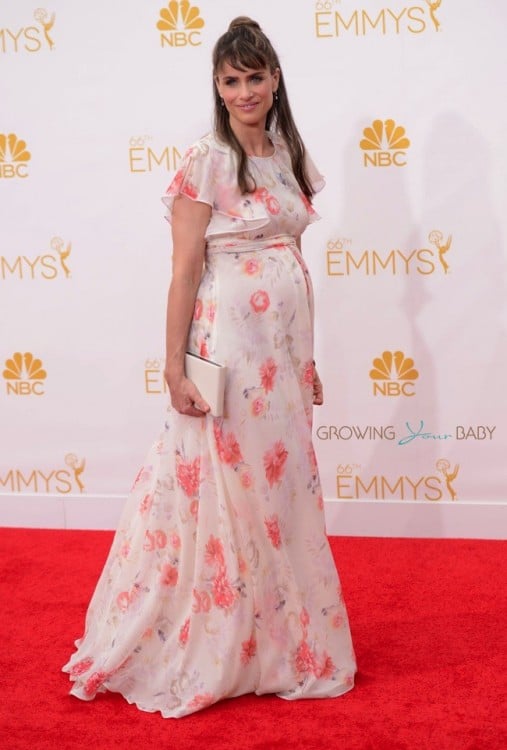 Next up, Amanda will star as Tina Morris in the HBO comedy Togetherness.  All 8 episodes have been filmed so producers won’t have to worry about concealing her baby belly as it grows!