If you looked at Bronson Staker today, you would see a typical 18-month-old that enjoys doing all of the things that toddlers do. 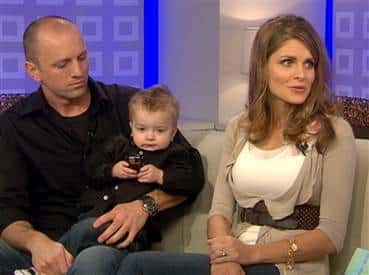 It’s amazing to believe that the Utah toddler was pronounced dead just six weeks ago after he was found lying face down in the bathtub.

Bronson’s mother, Sara Staker, had been bathing him and his 2-year-old brother in late January when she became momentarily distracted by one of her other two children. When Sara returned to the bathroom she found Bronson facedown in the water, showing no signs of life.

“It was horrible. It was the most helpless feeling I’ve ever had in my life,” Sara told the Today’s Show yesterday. “There was no question in my mind that he was gone. He was white, his lips were blue. His eyes were rolled back.”

After she called 911 Sara started CPR on Bronson’s lifeless little body but he didn’t respond. When first responders arrived they continued revival efforts. They, too, were unable to restore the toddler’s heartbeat.

Even though Bronson was pronounced DOA — dead on arrival by paramedics, he was taken to the ER, where doctors continued resuscitation efforts for over 40 minutes. It was then that his heartbeat was restored and he was placed on a ventilator to assist with breathing.

At this point, doctors told Matt and Sara that there was a high likelihood that Bronson had suffered serious brain damage during the long period that he was clinically dead and his brain was deprived of oxygen. They said there was an experimental treatment called therapeutic hypothermia that might improve his chances of recovery. It would involve lowering Bronson’s body temperature to 91 degrees, almost eight degrees below normal, and putting him in a coma to reduce brain swelling. He would be maintained in that state for almost two weeks, and when he was warmed up and revived, he probably would not be the same boy they knew.

After the Stakers gave doctors the go ahead Bronson was hooked up to more tubes and wires than his parents could count, covered with a blanket filled with chilling fluid, and put in intensive care. 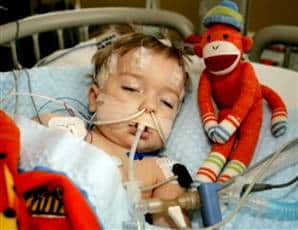 “It was excruciating, because every fiber of your being as a mother wants to hold your child, especially when they’re hurting,” Sara said. “You want to hold him and hug him and wrap him in a blanket and keep him warm.”

As the day grew nearer when Bronson would be revived, doctors, therapists and rehabilitation experts advised the Stakers to get physical and occupational therapy equipment for their home and be prepared for a six-month regimen. 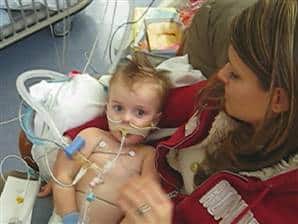 Thirteen days after Bronson was admitted doctors warmed his body to bring him out of his coma and allowed him to regain consciousness.

“Everything was there,” Matt said. “He was weak because he was lying down for [13] days, but all his cognitive [functions], how his brain works, it was still there.”

Now 6 weeks later, Bronson shows no signs of any damage. In fact , his parents say that he is learning vocabulary faster than he was before the accident.

While his outcome is rare, doctors have used therapeutic hypothermia before to treat children who’ve drowned.

A 2009 review of the method in the Journal of Neurotrauma predicts that therapeutic hypothermia will soon have “broad applications” in pediatric medicine.

Now that she’s had time to reflect Sara says she learned so much from this accident.