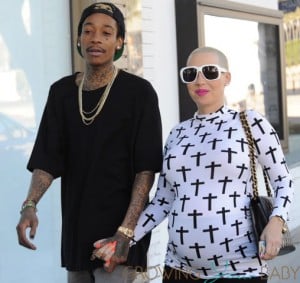 Even before she became pregnant, Amber Rose knew she wanted to have a home birth. She’d run across the documentary The Business of Being Born and had fallen in love with the idea. Then, when she discovered that she and Wiz Khalifa were expecting their first child together, she watched Ricki Lake’s film again – this time with her rapper fiancé, in hopes that she could get him on board.

“I first saw The Business of Being Born actually before I was even pregnant,” Amber had said during a Tuesday appearance on the Ricki Lake Show. “I was like, ‘If I ever get pregnant, that’s how I’m going to do it!’ Then when I got pregnant, I watched it again and then I made Wiz watch it.”

Wiz told Ricki that he watched the video willingly, but he wasn’t really sure what his reaction to it all would be.

“I thought it was really interesting being that me and Amber had a baby on the way,” Wiz had told Ricki. “I felt like it was important, but I didn’t think that I was going to be as into it as much as I was.” 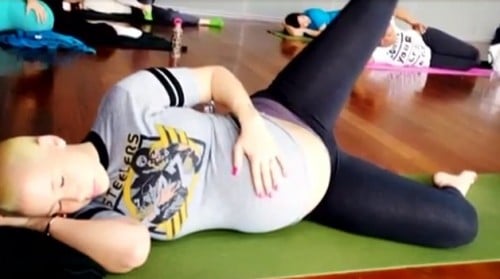 But he ended up falling in love with the idea and even surprised himself with how ready he was to go along with Amber’s desire to have a home birth. 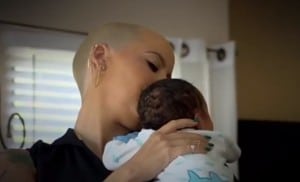 And so the couple did all the right things to prepare for their amazing birthing experience; they purchased a birthing pool and employed the assistance of midwives and a doula. But as the end of her pregnancy approached, Amber’s best-laid plans started to fall apart.

“At 37 weeks, one of the midwives said that that big lump right there on my top by my ribs was the baby’s head,” Amber said. “My ideal birth plan was just down the drain.”

But Amber wasn’t ready to give up her dream of a home birth just yet. She tried a variety of home and natural remedies to try and get the baby to turn around.

“I tried mugwort, acupuncture and then my last resort was a version, which is when you go to hospital and they manually try to turn your baby,” she said. “They push his head down and push his butt up…It hurt a lot. It was very painful. I cried.”

Unfortunately, nothing worked, and Amber eventually accepted that she’d have to undergo a C-section.

“At that point, after I tried everything, I was like, ‘I just want my baby. If I have to have a C-section, fine.’ But I told Wiz, ‘If we go to the hospital and my baby turns around, I’m going back home!’” Amber said.

Wiz admitted that he was also sad about having to do the hospital birth as well, but he and Amber did their best to prepare for the inevitable.

“Of course it wasn’t…what we wanted to happen, but as mentally prepared as we were for the home birth, we had to get as prepared for the C-section,” Wiz said.

All the preparation in the world couldn’t have eased Amber’s nerves, but having Wiz in the operating room did.

“When I went in, I was terrified, shaking. I was so scared,” Amber said. “But then Wiz came in [and] he just talked to me the whole time.”

And just moments later, their decision to put their son’s safety first paid off. Now they have a beautiful, healthy baby boy, Sebastian Taylor.

“All of a sudden, we heard Sebastian cry, and we both started crying,” Amber said. “We were like, ‘Oh my gosh, our baby’s here!” 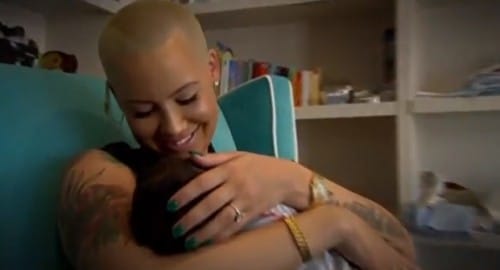 Amber admits that she feels they made the right decision for Sebastian’s birth, but she says she still hasn’t given up her hopes of a home birth.

“I feel like I made the right decision, but I knew right after having a C-section that [with] our next baby, I definitely want to have my baby at home,” she said. “Watching the documentary and seeing how the women pull the baby out and put the baby on their chest – that’s what I really, really wanted for me and Sebastian. That’s the part that I missed out on.”

Despite not being able to have the birth of her dreams, we’re happy to hear that Amber and Wiz have welcomed healthy, beautiful Sebastian into the world safely. Congratulations to the new, proud parents!