Home » America is Getting Safer for Children and Teens, Study Says

Even though we’ve seen horrific events – school shootings, bullying, and most recently the razor blade incidents in playgrounds – America is reportedly getting safer for its youngest citizens, a recent study says. In fact, violence against children declined drastically between 2003 and 2011, the study authors say. And for that, parents may be able to rest a little easier at night and breathe with a little less worry during the day. 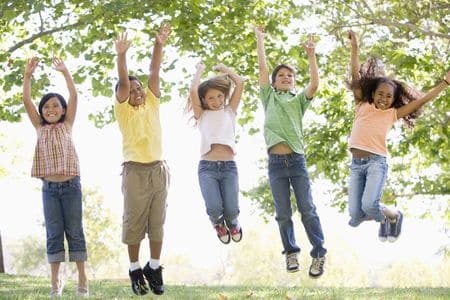 “One instance of violence is too many, one child being bullied is too many,” John Lutzker, director of the Center for Healthy Development at Georgia State University, who wrote an editorial accompanying the JAMA study told CNN. “But these results show we are making tremendous progress.”

That progress was seen by David Finkelhor, the study’s lead author, and colleagues after comparing rates of 50 different types of violence and crime over time. Of those different categories, 27 decreased significantly, including assault against children.

What’s most interesting about this study is that the recession didn’t reverse the trend, which isn’t typical, Finkelhor, director of the Crimes Against Children Research Center at the University of New Hampshire, says.

“We often expect stress and dislocation that happen during a recession can exacerbate conflicts and violence, but it seems not to have been the case for the most part in the most recent recession,” Finkelhor told CNN. “This study confirms what we have noticed from a variety of other sources that children’s safety has improved since 2003.”

Even better, this trend applied to children from low-income families who live in neighborhoods that crime rates against children are much higher. Minority children were also safer during this time period, the researchers said.

But this isn’t the first news we’ve received regarding declining crime rates against children. In fact, sociologists have been claiming that violence against children has been on the decline since the 1990’s – a trend they’ve deemed “the great crime decline.”

No one really knows why the decline started in the first place. However, Finkelhor and his co-authors believe there are a few possibilities.

First, there is the possibility that many health programs have been started to help curb violence: anti-bullying policies in schools, domestic violence awareness initiatives, and more training for parents on child development been partly responsible.

It has also been noted that more people are on psychiatric medications that are designed to reduce aggressive behavior. Authors on this most recent study found that about 5.6% of children were taking such medications in 2008, and by 2011, it had increased to about 7.8%. More adults are also taking psychiatric meds, which may also help with violence within the family.

A third, and somewhat surprising theory, is that technology may have played a part in the decrease of violence against children. Children who have cell phones now have access to adults that can help, as well as emergency services, if they happen to sense danger or find themselves in a potentially dangerous situation. And even social media could have a role in the trend, Finkelhor says.

“A lot of people think that the Internet made kids more vulnerable and has induced them into taking more risks. There may be some of that,” he says, citing cyber-bullying as one source of violence against children. But with so many kids pre-occupied with social media, interacting with their friends online, the risk of violence may actually have transferred itself to the virtual world.

“If they are taking those risks in their bedroom, there may be a delay in their actual behavior,” he said, adding that this could leave adolescents vulnerable to violence or crime.

But the flip side is that kids who spend a lot of time occupied online are a lot less likely to become bored. For some children, this could decrease the likelihood that they themselves become involved in crime or violence.

Some other benefits that have been overlooked when it comes to children in the U.S. – dropout rates are decreasing, the number of missing children is down, sexually active teens are becoming more responsible, the use of contraceptives is up and the rate of teen pregnancies are down.

“I haven’t seen this get enough attention,” Finklehor said. “We may look back at this era in a much more positive light than we feel about it now as we are currently going through it.”

Overall this study should give all parents hope for the future. And as long as we are setting limits and boundaries as well as discussing internet safety with our children, we may have a little less to worry about when it comes to raising children in one of the most violent developed countries in the world.