Irish singer Andrea Corr and husband Brett Desmond were photographed enjoying a relaxing day at the beach while on holiday in Barbados. 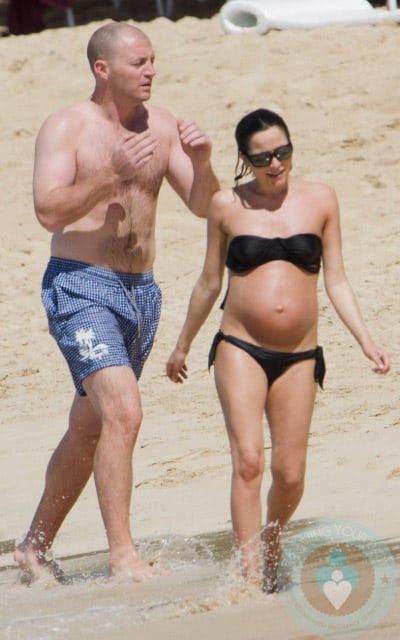 The mama-to-be looked awesome in a black two-piece bathing suit while playing in the surf with her husband.

The pair, who were married in August 2009, are set to become parents for the first time this Spring.

In May Andrea told the Telegraph:

‘I’m as ready as I’ll ever be. And from what I’m told you’re never really ready. You can’t say you’re not ready for ever, so you might as well go for it. If that happens that would be a priority.

After her pregnancy was revealed she took to Twitter to thank fans saying,

‘Thank you all so much for such lovely kind messages and well wishes. I’m so happy.’